“Old age is yet another stage in life. You will enjoy it to the extent that you prepare yourself for it” – Documentary interviewee 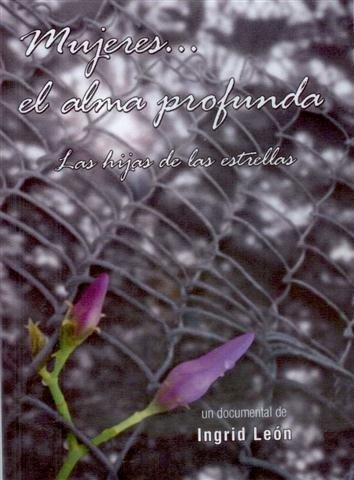 The film is no different from the previous documentaries that have emerged from Proyecto Palomas, a production house that focuses on social issues. It uses testimonies offered by elderly women, while a voice-over narration accompanies still images and renowned visual art pieces that complement and/or stress the central thread of the film. Enveloped by poetry, the stories told by these women begin to intertwine, creating an intimate atmosphere. The personal anecdotes describing past or present events are well received by the avid public that hunts down these documentaries produced by Proyecto Palomas.

The voice-over narration – which could be offered by any elderly woman – makes the piece somewhat repetitive, though it does afford us differing points of view to address the complex universe of elderly women in an aging country. It should be pointed out that, this time around, though some scenes do elicit strong emotions, there were hardly any concessions made to sentimentalism. On the contrary, the editing showed a good degree of moderation.

Suffering, loss and fear are treated without sentimentalism. The intent is clearly to make the audience think, not hit them over the head or cloud their thinking with tear-jerking images. That is the best aspect of the documentary, which deals with the grandmothers of a Cuba whose population is slowly aging. In a mere 15 years, 30 percent of the island’s inhabitants will be over 60 (a trend that describes the highest aging rate in all of Latin America). Thus, old age will no longer be able to be addressed as a strictly social issue – it will have to be considered at the political and economic levels when public subsidy and welfare policies are implemented.

In the course of 35 minutes, the twelve women interviewed speak of their sorrows and their joys. As is often the case with films produced by Palomas, the subjects were carefully and fairly selected. We see a broad range of women: home keepers, workers, care professionals, a teacher, a poet, an actress and a writer – diverse in terms of race and sexual orientation.

Many of the stories take us back to unhappy childhoods, where pain, discrimination or rejection are the norm. Some of the women, however, look back on joyful childhoods. Though some completed higher studies, the majority did not. Some got married out of a sense of duty, others out of love. Each looks upon life’s challenges differently: from the point of view of loneliness, death, disappointment or love. All, however, demand a place for themselves in today’s world, for their hopes have not yet vanished and – as one of the interviewees puts it – “life is worth living, no matter what the circumstances.”

Summarizing the peak moments in each of the interviewee’s lives in such a short film is a difficult task, particularly when we are talking about a dozen women – which is why, when the documentary ends, one leaves with the feeling that something was missing. We come out of the movie theater feeling admiration and sympathy towards some, but we get the feeling we don’t know them too well. Their lives come to us in snippets and, when we try to put these together, we are left with fairly big empty spaces.

In my opinion, the wisdom and experiences these women have accumulated over the years become diluted in a sea of anecdotes. Focusing on life’s ups and downs and the mistreatment one has suffered is interesting when it is followed by a reflection on the lessons these have taught us. In this sense, I feel the documentary is a little unbalanced.

It would have been interesting to see more of the work carried out by the Great Mentor of the Las Acacias Female Lodge and how that work has helped in her day-to-day life, or about the job one of them had to quit to care for her sister full-time, when she was still active professionally. The film pays little attention to the creative work of the writers and says nothing of the obstacles the transsexual woman faced in her workplace.

A very positive aspect of the documentary, on the other hand, is that it stresses those accounts that underscore women’s right to independence, decorous treatment, a free sexuality, acquiring knowledge (no matter what their age) and having their will and decisions respected.

The demand made by the producers of the film is clearly felt: the government must urgently look for solutions to protect and support the elderly (elderly women, in this case), a sector of the population that is extremely vulnerable.

Much remains to be said about Cuba’s elderly women. Though the occasional photo presents us with humbler environments, poorer people who live on the street or make a living selling trinkets on street corners and parkers (sometimes fleeing from the police) are absent from the documentary.

The film also fails to address the real situation of most homes for the elderly, where many spend their final days, where even the most basic conditions are lacking. The documentary also stays clear of elderly people who have been abandoned, not only by their own families, but also by society, people who spend their last days suffering from an illness and depending on the kindness of strangers (in the best of scenarios) or hurt by people’s contempt.