HAVANA TIMES — The Cuban government continues to support smoking in many ways; tobacco companies try to increase their sales and people keep choosing to smoke as a lifestyle choice, and they’re taking up the habit when they’re younger and younger.

An article published on the Infomed website lists the health risks associated with smoking:

According to the 2015 Annual Health Report, these are also the most frequent and deadliest diseases in Cuba: heart disease, respiratory disease, high blood pressure and cancer. You don’t have to be a genius to understand that smoking is slowly killing us.

“How can you smoke when our own father died of lung cancer? Aren’t you scared?” I asked my brother.  To my surprise, he took his time to answer: “Yes, when I think about it I am scared, but I’m so irresponsible.”

My brother smokes nearly 30 cigarettes a day, in spite of his fear and his family being dead against it.

A lot of people consider smoking an act of freedom, a personal decision that other people have to respect. It’s interesting to see that this same argument can be used to both justify it and to combat it. However, bearing in mind I’m one of the ones who want to eradicate smoking off of the face of the earth, I’m going to focus on the argument against.

Of course, choosing what you do in life is freedom, choosing what you most like or what best suits you. However, every personal decision comes with great responsibility. That’s why, it pained me to say to my brother that he’s not only being irresponsible with himself but with the lives of all those who surround him. Smoking isn’t a private act that doesn’t have consequences on other people; on the contrary.

According to the WHO, “smoking kills approximately 6 million people a year: 5 million are smokers and over 600,000 people are passive smokers who’ve been exposed to secondhand smoke.”

Therefore, you’re free to smoke if you don’t care about filling your lungs with tar and that it causes you respiratory diseases, or that this evil habit gives you some kind of cancer. But, you could be more aware of the fact that smoke from your cigarette affects everyone around you too. The “innocent” act of lighting up has its consequences: smoke from a cigarette contains over 4000 different components, many of which are considered toxic, carcinogens or potential carcinogens.

The tobacco industry needs a lot of paper to roll up each and every cigarette found in their packets. The paper and cellulose acetate they use in filters aren’t biodegradable, and therefore, take years to disappear and add to the amount of solid waste we have on the planet. Furthermore, just one cigarette butt is enough to contaminate up to 50 liters of water; fish, birds and any other animals that come into contact with this water can die.

Smoking produces pollution, which in turn contributes to climate change, and can cause forest fires (out of negligence). No-smoking regulations put into effect in enclosed areas don’t always fix the problem, as gas emissions and toxic air pollutants escape into the atmosphere beyond where the cigarette was originally lit up.

That’s why I have no other option but to think: we’ve lost all respect for life. Even us non-smokers are accomplices in this disaster when, for example, we allow adults to sell cigarettes to minors – initiating them early on in the world of smoking – and we justify it by saying that “every one of us has to struggle to get by” or “it’s up to the parents to stop them.” When we accept that they sell cigarettes to pregnant women knowing that it can directly affect and harm the fetus that is developing. It’s not just about having our doctors hands’ smelling bad whilst they check us over, or that cigarette smoke bothers us when we’re at the bakery, the shop or on the bus, etc.; but about the fact that it’s slowly killing all of us, humans and the planet.

We are accomplices because we don’t band together to demand the Government to adopt a smoking ban in Cuba.

Sure, at this time, if we were to hold a referendum, I don’t know who would take the majority. To smoke or not to smoke. That is the question. 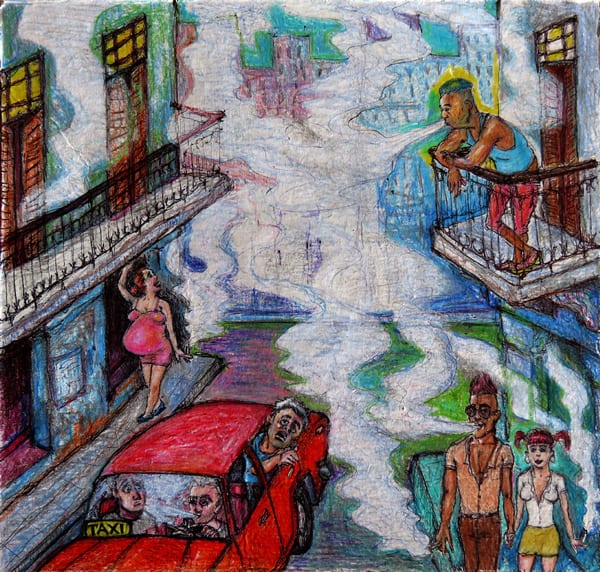