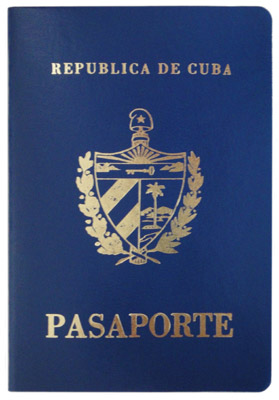 HAVANA TIMES, Feb 15 — People had told her that the process and paperwork were killers*. What’s involved in leaving Cuba temporarily or permanently is not what one wants to think about most when you decide to take such a step.

Yes, like all the big decisions in life, when traveling to another country or visiting friends or relatives beyond the sea that surrounds us, one has to be prepared for anything.

I have a friend who wants leave to be with her girlfriend for more than one month. (You should already know that she isn’t Cuban and that one month is the duration of a tourist visa here). They want to be together without the pressure of those 30 short days hanging over their heads.

The first step is for her to get a passport.

It’s simple. She only has to save 55 CUCs ($60 USD) and make the trip to the Provincial Immigration office. The office that serves the area where she lives is located in a district with a pretty name: Mañana (Tomorrow).

But you can head out to Mañana one morning and only get there by the next morning if you don’t have your own car or the money to rent one.

The closest bus stops several miles away, meaning you have to walk…and walk…to find the office hidden at the end of a street.

Several private businesses abound, ready to see to the needs of those who come to do the paperwork required by the immigration officials. Someone will ask if you want to buy stamps, another will offer to take your passport-sized photo, while yet another man leaning against the fence near the office will tell you all about his taxi service.

The office is a two-story house with a covered patio where about 100 people are waiting – seated and standing.

To apply for a passport you must fill out a form and then attach a photo and the two stamps bought at a bank for a total of 55 CUCs (1,375 pesos in regular pesos).

Since filling out forms had never been an easy for her, she went over to the first of the houses that provide the service for typing out forms.

A woman who looked something like a schoolteacher was situated behind one of those old Russian machines. She proceeded to ask her name, date of birth, political organizations to which she belonged, if she had relatives living outside the country, the political affiliations of those living in her home, the last place where she worked, where she was traveling to and for how long…among other details.

A few weeks earlier our traveler had stopped working for the government. She had the idea of ??sitting down to write another novel (something to which she has devoted almost all of his life).

She told the woman that she was a freelance writer and photographer. But — since she was only too well aware of what a uniformed officer would think of that kind of profession (a freelance or independent writer is almost always synonymous with being a “mercenary”) — she quickly added that she was a member of the official Union of Writers and Artists of Cuba.

She then paid the 20 pesos owed to the woman behind the typewriter, who advised her to make a copy of the filled-out form; just in case she had to come back on another occasion, that would “speed things up,” she explained.

She didn’t discuss the matter with the typist, she was in too much of a hurry to turn everything in, only to hear: “Oh, what a miracle! Her passport will be ready in less than a week.”

At least the first step has been made.

Next comes the consulate (of the country she wishes to visit).

The question is whether she can overcome that strange apprehension (as she told me) that envelops all of us when we decide to go to a foreign embassy or consulate?

(*) If you’re not Cuban, you can’t imagine what it means to try to visit someone in another country. Perhaps from any third world country it is legally difficult to make a trip to another similar nation or to a rich country, but I bet that in our case, here on this island, it’s twice as hard. Through the following account, in several parts, I’ll try to give you an idea of what happens when you are Cuban.

2 thoughts on “Permission to Leave Cuba (The First Step)”