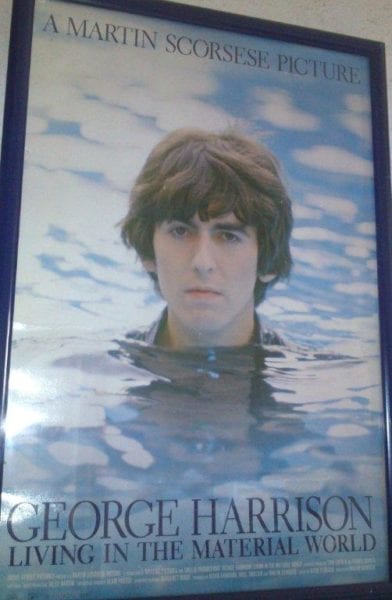 HAVANA TIMES — Documenting the intensity of real life is a way of transforming our experiences through art. There are many ways to achieve an interesting documentary, a genre that, despite being less popular than fiction, has many avid followers, myself included.

A few days ago, I watched Brett Morgen’s Montage of Heck, a documentary about the life of alternative rock musician Kurt Cobain, Nirvana’s lead singer, and Salinger, a film written and directed by Shane Salerno, based on US novelist J.D. Salinger’s biography. The two films awaken curiosity and leave us eager to learn much more about the realities they expose.

The former gathers testimonies offered by relatives and friends of the rock star, delving into intimate details of his personality, the artist’s fears, complexes and loneliness. The film’s use of animated montages to illustrate the chronology of events, song lyrics and passages from Cobain’s diaries prove attractive and serves to weave symbols and metaphors to recreate the artist’s complex personality – the fragility disguised as irreverence. Cobain’s pieces, his photos, home videos and concerts, expose us to the legacy of someone whose one wish was to express himself though his music.

Salinger treats us to an abundance of interviews with close friends, writers and actors, putting together the pieces of the puzzle that was the writer’s isolation. The film also addresses the literary significance of his last, published novel, The Catcher in the Rye, and the different theories surrounding the preparation of another novel. It also makes use of photographs to narrate his amorous relations and recount anecdotes about the literary world of his day.

Woodstock: 3 Days of Peace & Music is a documentary dealing with the renowned 1969 music festival. The music stars that took the stage there were truly overwhelming and included such luminaries as Richie Havens, Janis Joplin, The Who, Joan Baez, Santana, Jimi Hendrix and other important musicians. The documentary also pieces together all of the stories that surrounded this extraordinary event. The film was nominated for best sound and received an Oscar for best documentary in 1970.

I confess I was a bit taken aback by a documentary that suggests Paul McCartney has actually died, delving into “coded” messages in song tracks and “clues” left in album covers. The dark and absurd tends to draw people in and to make them believe this singular story, to doubt reality, but the evidence of a Paul McCartney who continues to go on tour and draw huge crowds proves more solid than this falsity.

I can’t fail to mention Living in the Material World, written and directed by Martin Scorsese, a documentary that recreates the life of George Harrison, as a member of the Beatles and soloist, revealing the musician as a person who acted as intermediary in the disputes among band members.

A perfectionist, he wanted to go beyond the limits of experimentation in his albums, and was the first to use the music of India in his pieces, influenced as he was by its strange beauty. A peace-loving man, he was also of a scathing humor, as reflected by the lyrics of his songs. Harrison had many faithful friends who revere him for his attitude towards them, for the requited love that guided their relationships with him. The musician would embrace religion as a means of attaining mental clarity and composed songs that regard love as the basis of society.

It is good to know someone like him once walked this Earth.

One thought on “A Few Enjoyable Documentaries”