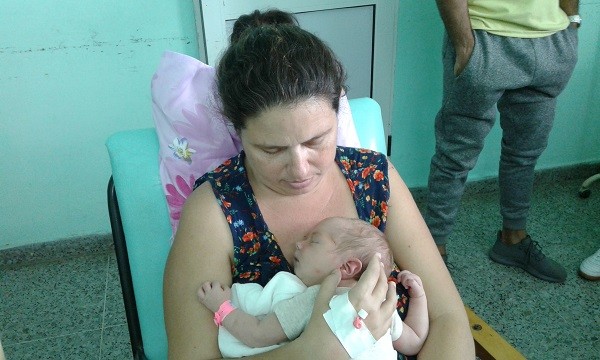 HAVANA TIMES – In flashback, a question frequently asked me was: Are you going to give birth in Cuba?

At that time, I was very young and didn’t think about that possibility, much less in a country in a Special Period crisis and with thousands of needs. Then, in mid-1999, I decided to have a child.

Bringing a baby into the world can be comforting, but sometimes it is absurd in a country where the crisis becomes chronic.

My friend Yanet, is going through this experience, however her reality is more shocking, because she is a single mother. She works as an editor and is a substitute professor at the university. Even so, the money is not enough to buy everything your kid needs.

Yanet has lived the agony of looking for the basic products for a newborn in a market plagued by shortages. In the baby departments in the State’s chain of stores they are missing essential things such as wet wipes, oil, shampoo, talcum powder, etc. A Johnson brand soap at a hotel store cost her 4 CUC (over 4 USD).

She couldn’t find a mosquito net and the metal bucket to boil diapers and white clothes in state stores. She obtained them for 500 and in 300 CUP in private businesses (1 CUC = 25 CUP).

Another subject is what they provide pregnant women through a subsidized special ration book: a poor quality soap (which can leave the baby skinless), a T-Shirt, a rubber doll and a cologne.
Just imagine that the absorbent cotton fabric to make the diapers isn’t sold until after the child is born. So, what do you put on them, grape leaves? Of course, if you talk to the employees and pay the under the table fee, they sell you the fabric with no problem.

On the other hand, there was the acquisition of a crib. She went to Social Security and was told that it was only for social (poverty) cases, and she did not classify as such; that is, they are only given to mothers who live in a pigsty or in homeless shelters. That’s why cribs are family heirlooms that pass from child to child.

Someone finally lent her a crib. Thanks to the cooperation of friends who gave birth and reside in the USA, her son inherited used clothes, almost new. They also sent tea pots and milk bottles.

The ideal for the little ones are the disposable diapers, super expensive for daily use, with prices that do not correspond to the minimum wage (less than 20 CUC). Another difficulty: the adequate ones are not always found depending on the kilograms of the newborn. The use of the so-called pamper is then limited for special outings and doctor’s visits.

With all their sacrifices, poor mothers, can be called heroines when they breastfeed their babies for several months, even when they have a deficient diet. In addition to the endless batches of hand washing of dirty diapers.

Life puts them in a disadvantageous position with respect to other mothers who can enjoy their children more without the need for so much physical and mental wear.

I think that daring to be a mother, and without the right conditions, is a brave act.

4 thoughts on “Being a Mother and Poor in Cuba”