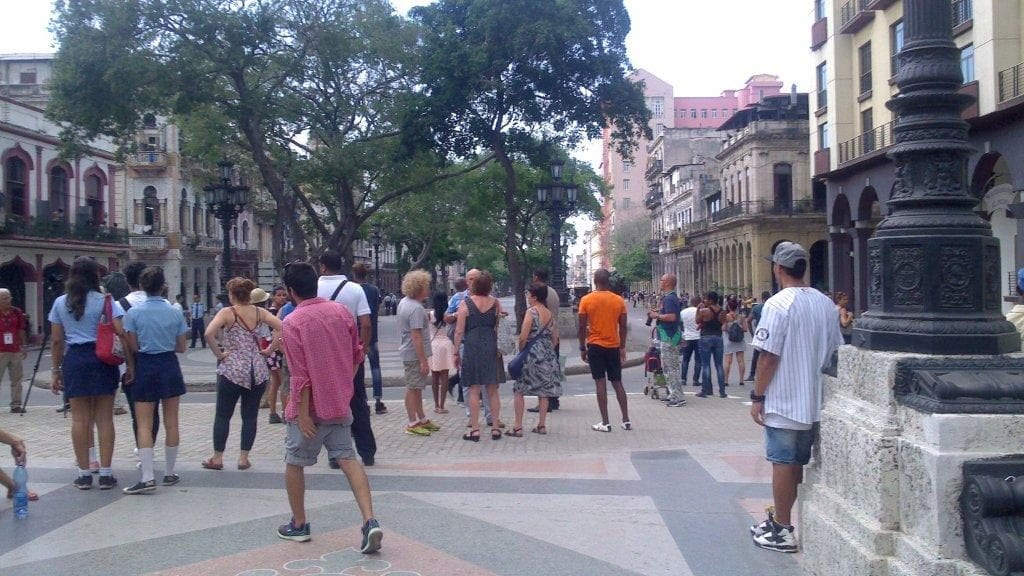 HAVANA TIMES — With the recent opening of relations between Cuba and the United States, our little island is in the public eye: cruisers full of tourists, commercial films like Fast and Furious being shot here, visits by personalities from the cultural world, and finally a fashion show by the French label Chanel.

The catwalk in question would be on the Paseo del Prado promenade, where self-employed people usually set up to sell paintings and photographs.

The Cruise 2016-2017 collection, by the German designer, Karl Lagerfeld, sparked tremendous expectations among many people, who were preparing to attend the first live catwalk with famous models and actresses invited. We had thought everyone interested could appreciate this show, only seen in films; however the reality would prove different.

This fashion house was created by designer Coco Chanel, a figure of humble origins and very controversial. It is said she had good relations with the Nazis, and couldn’t stand Jews. But the fact is that this woman was able to prevail in this sophisticated world, and created original feminine designs, implementing comfort coupled with elegance. She became one of the richest women in the world.

But everything fell apart when it was learned that the parade would only be for special guests, and therefore the people could not approach even a stretch where the show would take place. I went with two friends, and I realized that people were not informed, as we waited patiently to be allowed to cross through Prado, since the catwalk would the end near the malecon sea avenue.  Then someone went up to ask the police.

They said that no one could pass, you had to be invited. Then a person coming from the Cathedral said there were also barriers there blocking public access. Why?

Law enforcement officials explained that there would be a farewell dinner and would only be the VIP. And one person said they saw on the Internet that the dinner cost 150 CUC a plate.

My friends and I regretted having paid collective taxi fares and spent snack money, and lost the entire afternoon, enduring the torrid temperature. Then, tired, we parted and each headed home.

The parade could only be seen by the elite and a few neighbors from their balconies. For others, not even a souvenir photo.

So why had there been so much promotion, both on the television news, and online portals? As the country transforms, access to culture becomes more expensive.

2 thoughts on “Fashion Show for the Elite”