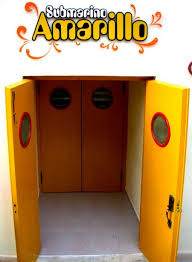 HAVANA TIMES — Back when I was studying at the tourism school in Havana, a classmate and I used to go out with two young men from Cuba’s east. We went to parties, strolled together through Old Havana and practically became inseparable. As for sex, however, we never did it: we kissed and petted one another, but that was as far as we went with them.

Once, however, I did try to turn Pablo on. He was the kinder and more spiritual of the two. I liked him a lot because he was smart, sophisticated and read a lot. Most importantly, we shared an interest in classical music and we would always try and listen to CMBF, the radio station that aired that kind of music.

That afternoon, I tried to unbutton his pants, and he grabbed my hand firmly. I noticed he was confused, nervous, perhaps even scared. He immediately changed our plans, telling me he wanted to invite me to a restaurant where the food was excellent.

The second time I suggested we made love, he told me he was a virgin and that we should spend some months together getting to know each other better. He had strong feelings for me and felt I could be his soul-mate.

I must admit his suggestion moved me and I shared his comments with my classmate. She laughed in my face and, in a rather vulgar way, told me that Pablo probably had a small dick and didn’t want me to see it.

Time passed and I had to leave the school (in one of my first posts for Havana Times, I wrote about the incident that forced me to drop out). The important thing to know is that we never did have sex (Laura also never managed to do it with the other fellow).

Recently, while having a good time at Havana’s Yellow Submarine, a locale I frequent on weekends, I ran into my former classmates by surprise. I should mention they were the ones who recognized me and invited me to sit at their table.

Pablo and Ernesto, now in their fifties and with greying hair, confessed to me they’d been a couple since the time they were young, since the time we used to go out as a group. Today, they were declared homosexuals who shared their love with me without reservations.

I was stupefied by the news, but I danced and had a really good time with the two of them nonetheless.

Back home, I started putting two and two together: they would always look at each other in a very special way, would embrace lovingly whenever they had too much to drink, would seek each other’s advice for everything and seldom contradicted one another in front of us, two 21-year-old girls.

2 thoughts on “Never Too Late to Come Out”