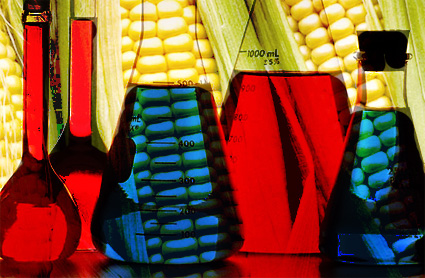 Concealing the economic, political and ethical contradictions of the cultivation of transgenic crops is unthinkable for any environmentalist.  The public reality of genetically manipulated corn in our fields tells me that it’s urgent that we act.

I’m a biologist, but years ago I moved away from scientific research.  That has given me a perspective that’s different from the rest of my colleagues.  Unfortunately, “discretion” is what our scientific institutions understand as “ethics.”  Under this label are hidden, against the will of my former co-workers, many of the errors of scientific practice in Cuba.

In the specific case of corn, I’m very worried about “genetic contamination.”  Different from what is being produced by the transnational corporations, our seeds will not be sterile, and thus our farmers will have total freedom to reproduce them.

Looked at it that way, this is acceptable, however there won’t be any way of controlling their expansion across the whole island.  We know that in countries with greater control than ours (I’m thinking of Japan or Denmark), where they still apply rigorous measures, they have not been able to impede the presence of the gene in local seed varieties.

Though one reads in the Cuban online press that this corn may be consumed by the public, at the moment, it is confined to feed corn for animals… That obviously makes me suspect.

If there is total certainty that it’s not harmful to humans, then why is its use being limited?  It appears that this complete certainty is uncertain.  There have not been enough studies about the effects on human health, and there is even less of a standard or certified method for evaluation by the scientific community of any danger from genetically modified food.

A group of friends has created “No to Transgenic Corn in Cuba,” a network profile in Facebook to debate this and other related issues.  Very different ideas attempt at dialogue, and we take the responsibility upon ourselves for not having carried out a respectful and fertile debate.  However, we won’t stop trying.

It is expected that by 2015 this global process of the expansion of transgenic agricultural will double the millions of acres planted in 2007.  Those of us who are today beginning this struggle will try to halt this alarming tendency.