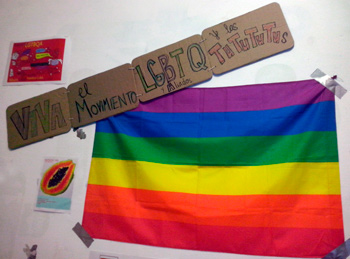 HAVANA TIMES – The legislative bill aimed at modifying Cuba’s current Family Code is still waiting to be delivered to the National People’s Power Assembly (Parliament). This process ought to be transparent, but, as tends to be the case in Cuba, it is at times rather confusing.

According to parliamentary regulations, the procedure for modifying a law is as follows:

Parliamentary representatives, the national offices of grassroots organizations, parliamentary commissions, citizens and others are entitled to advance legislative initiatives (Article 62).

Those eligible can present prospective bills to the president of the National Assembly along with their corresponding reasoning (Article 63).

These are institutions and organizations that, in one way or another, have a say in the modification of the Family Code.

Upon receiving the legislative proposal, the parliamentary chair conveys it to the pertinent commission (as per Article 67). After the proposal has been analyzed by the commission, the chair decides whether to include the bill in the order of the day for discussion (Article 71).

Things happen rather differently in practice, as the decision as to what issues are to be discussed by parliament is in powerful and hidden hands, mechanisms that are even further removed from the people.

What seems to be followed in practice most often is a “legislative plan”, a list of the issues that are to reach parliament for discussion.

I haven’t been able to clearly find out what authority develops this plan. It is speculated that it’s the Council of Ministers or its Joint Commission, working in conjunction with the Communist Party Politburo and the Council of State. Perhaps it’s the Parliamentary Secretary.

It is also said that the bill seeking to modify the Family Code has been waiting to be included in this plan for years, but, no one knows the current status of the proposal exactly.

Everything seems to indicate that there are conservative forces blocking the modification of the current code.

Rumors I haven’t been able to confirm suggest that the Communist Party vice-secretary, Jose Machado Ventura, who is against same-sex marriages, is one of the bill’s opponents.

That said, a representative interested in passing the bill could exercise their legislative initiative and bring the issue up for discussion at parliament.

In this connection, on July 26 last year, the members of the Rainbow Project asked Mariela Castro to exercise her individual right to legislative initiative to submit a family code bill that explicitly recognizes the rights of the LGBT community and of their relatives.

We have received no reply in the seven months since.

The road before the Family Code bill is becoming winding and mysterious. It looks as though Cuba will remain behind on this issue for some time to come, while the government takes hasty steps in other areas, such as the promotion of foreign investment and private property.