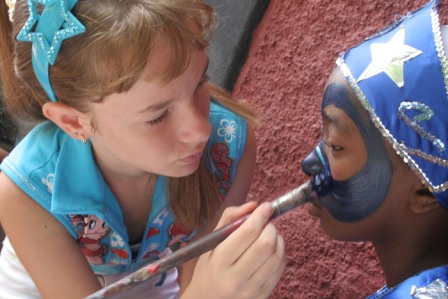 HAVANA TIMES, March 12 — Demonstrations of racism of any kind are sometimes so subtle that it’s hard to imagine it ever re-emerging as a serious social problem. It’s equally difficult to imagine situations where its examples are manifested.

This is one of them.

Samuel, the son of one of my co-workers, is enrolled at a children’s daycare center.

Like every morning en route to his second home, he and his mom talked in a lively manner about the usual topics. Between them there exists no prejudice. He politely asked her to go look for his little friend Patricia.

A couple of days earlier, his teacher had selected a few children to form a dance group that would perform in the end of the year activity.

Samuel was selected, and he thought that Patricia would also be selected and would be his dance partner, but that didn’t happen. The little boy didn’t understand what was happening.

Every afternoon, my co-worker Nora went to the daycare center to pick up her son and his little girlfriend. Between them, they recounted what happened during the day, since children often say interesting things in conversation – if you listen to them.

Very eloquently, Samuel told his mother that he was thrilled because the teacher had selected him along with a few others to dance at the end of year activity.

“What about Patricia?” she asked curiously.

“No, the teacher said she couldn’t,” he replied.

While the boy was speaking, Nora recalled that in Patricia’s family there are Chinese, blacks, whites, indigenous people and so on, which Nora interpreted as being the basis for the subtle racism that laid behind the little girl’s not being selected.

She waited until the next day when, uncomfortably, she asked the teacher why Patricia hadn’t been chosen for the dance group.

“She doesn’t give the group the correct…aesthetically balanced choreography,” the teacher answered.

“What are you saying?” Samuel’s mother snapped. “Where’s the principal? You’re the one who needs your head balanced. Not the choreography!”