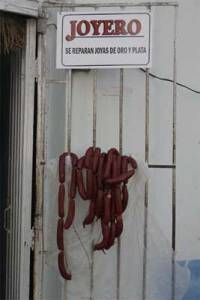 HAVANA TIMES — The 16th International Poetry Festival recently concluded in Havana after having been held with poets of various nationalities reciting in different sites throughout the capital.

I had the opportunity to visit some sessions and listen to the performance-style poetry readings, a trend that — because of social and cultural circumstances — the Caribbean is now being forced to assume, despite it having reached its peak elsewhere back in the 1950s.

In the United States it was known as the “Spoken Word Movement” and in the ‘60s it was taken up by residents of Europe. Still, in recent years, Latin American poets have also adopted this poetic-ritual-performance style.

In this latter instance, indigenous Mapuche words are combined with English and Spanish, as well as with “Portuñol” (a mixture Portuguese with Spanish, which is spoken on the border of Uruguay and Brazil, etc., and is apparently regaining some acceptance worldwide).

Large numbers of people passing by the plazas and squares of the festival found themselves attracted to this form of avant-garde poetic discourse, almost forgotten in Cuba, where performers sang, throat chanted, read or whistled each verse.

Some of those in attendance were amazed, disagreeing with the content or form of the performances; others considered it a joke, or were more conservative, and still others — only a few — remained silent.

I believe in the novel and attractive contributions when it comes to poetry, with its measured use of forms of artistic expression, being careful not to fall into theatrics, above all, to always retain its essence. This is the key to success for this style.

In addition, we shouldn’t forget the forms of discourse used in ancient Greece, when the poet was closer to the public because there were no books. The difference is that this representation now has an updated name: “Slam poetry.”