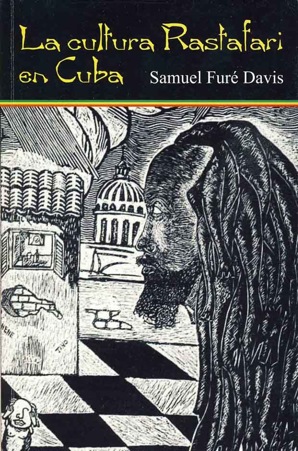 Among the activities that served to round off the conclusion of summer, those related to books and reading deserved the public’s recognition for several reasons.  Among them was the presentation of the book La cultura Rastafari en Cuba (Rastafarian Culture in Cuba), by researcher Samuel Fure Davis.

The event occurred in Havana’s Central Park, specifically at esquina caliente (“the hot corner”), where baseball fanatics habitually gather to confront each other with their opinions.  On this occasion, however, the assembly was to learn about this other area of our culture.

In the presentation led by Dr. Jesus Guanche (who is a professor, ethnologist and researcher), he pointed out that he had in his hands a reference book that covered the origin and evolution of this culture, as well as its contextualization in Cuba.

The religious and sociocultural movement about which he spoke arose in Jamaica in the 1930s in defense of the color black, identified as “goodness” – and in this sense having nothing to do with human skin color.

“Ras” means prince, and in fact owes its name to its leader, who before being recognized as Haile Selassie (the emperor of Ethiopia) was named Tafari Makonnen.

In Cuba this movement is followed by a minority of people whose characteristics are generally known: those of differences in the faith as a result of religious syncretism, the virtual absence here of any relationship with marijuana; and the preaching of love for others, life and creation.

Later professor Guanche presented the author of the work, Mr. Fure Davis.  With great simplicity and moved to the point that he could barely speak, he thanked Carol Yawney, a woman of Jamaican origin who recently died but who had collaborated on the extensive research.

Also recognized were all those people who in one way or another had helped in the publication, including its editors, correctors and designers.   The author concluded by saying, “You have the opportunity to acquire ten years’ worth of work on the Rastafarian culture in Cuba.”

3 thoughts on “Rastafarian Culture in Cuba”