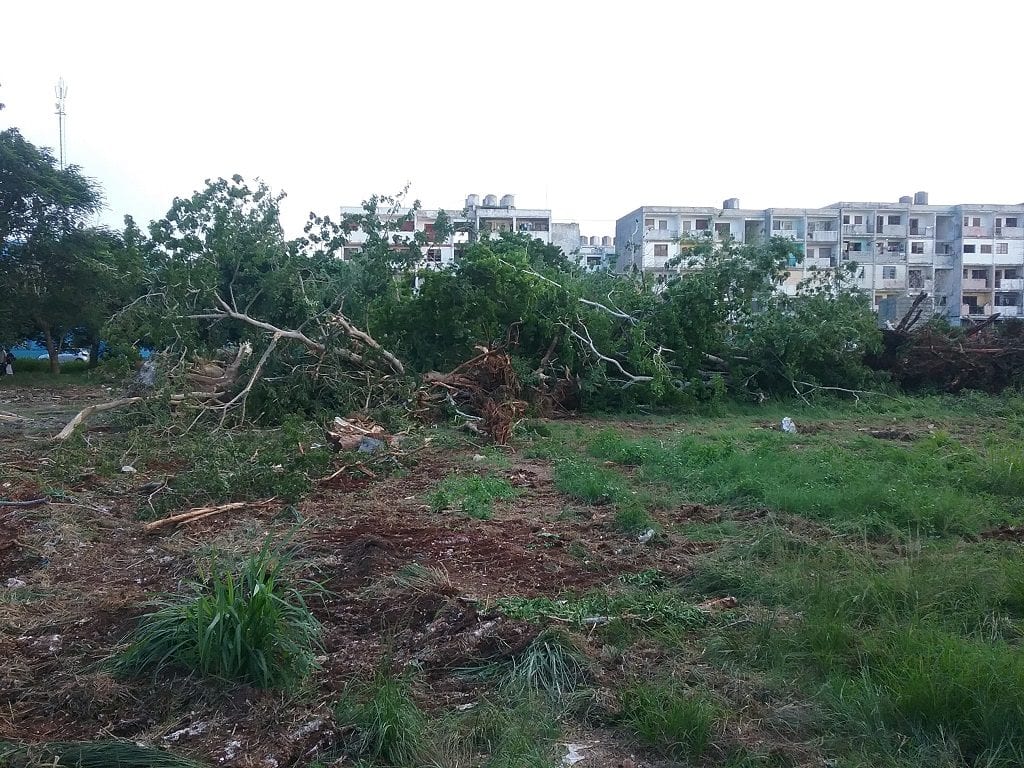 HAVANA TIMES – It was going to be another routine day of signing onto the Internet at the ETECSA computer room, without anything important to report.

However, on my way there, I was extremely shocked to find that a natural area had been completely mutilated, which was a calm and pleasant place in spite of all the waste that people threw on the grass over the years.

However, those trees which used to protect us from the relentless sun with their shade, have now been uprooted and laid out on top of each other as if they were garbage. Ironically enough, even though it can take years for a government project building to be built in Cuba, it took less than 12 hours to destroy this small forest.

I asked local neighbors why it had happened, but nobody knew. There wasn’t a single sign in the entire perimeter and it seems that the reason for this destruction wasn’t announced. I heard some comments about how they were going to build more buildings for people from Old Havana whose homes have been targeted as investment for tourism. However, this could just be speculation.

Nearby, a hard-currency cafe employee didn’t know why it had happened either and he didn’t seem to care.

While looking at what had happened and taking pictures, my greatest disappointment came from passers-by. More than one group of people who discovered this act of deforestation, both young people and adults alike, made comments like this: 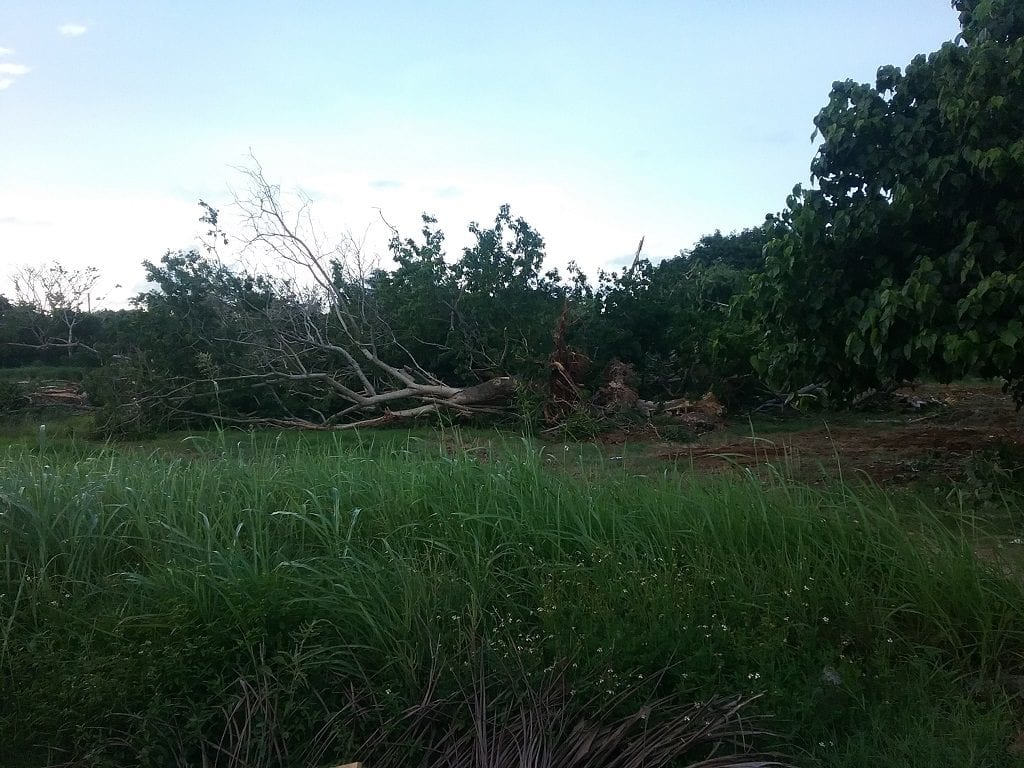 Was I an idealist to think that the majority would react like I did? This isn’t the first time that I am writing about our abuse of Nature and sometimes, I feel like nobody else cares.

Even if people aren’t environmentally aware, common sense and experience tell you that trees are necessary. We have to listen to these same people, who are indifferent to the felling of these trees, complain about how they have to walk under the sun.

Alamar, with its hundreds of housing projects, is very big and we have poor public transport. You can spend hours trying to get from one place inside the neighborhood to another by bus, unless you are willing to pay 5 CUP to travel two or three stops, because taxi-buses are the most frequent and fares don’t change even if you are just traveling locally. That’s why many people, myself included, choose to walk.

I find myself asking whether poverty and bitterness dragged on throughout the decades have wiped out the Cuban people’s decent values, exactly like they did with these trees.

To tell you the truth, I haven’t seen any trees being planted in the city (as part of a state initiative) in my entire life. The towering trees I have seen are either the result of nature, or, the vast majority are old specimens that were planted before 1959.