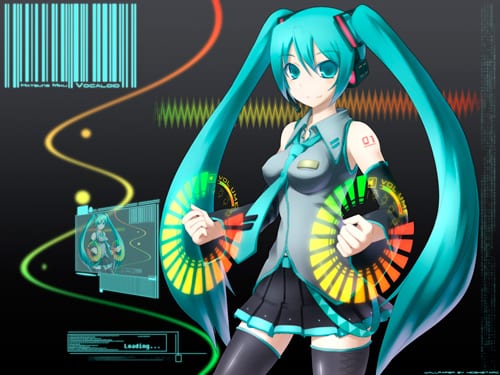 HAVANA TIMES — Last Sunday, one of the most popular Otaku meetings took place at the Sierra Maestra Cinema in the Boyeros municipality.

Although the original definition of the word “otaku” in Japanese means a young person who doesn’t contribute anything to society, the meaning has been altered and is now used globally to refer to regular consumers of Manga, or comics, and Anime, Japanese cartoons.

In Cuba, several groups have popped up which organize events relating to this world, which fascinate teenagers and young people from different social tribes, in an underground manner. So there’s rock and miqui Otakus, or even repas who only listen to reggaeton.

Cinemas are normally rented out in order to host these events.

This time, the event was coordinated by the Nihon Bunka project. There was an exhibition on sale with figures and costume jewelry that recreate the world of Otaku. Furthermore, a tournament of the popular XBOX 360 console game Naruto had also been announced, with a prize for the winner.

Last but not least, there would be a special raffle where a 3D 9-inch figure of the famous Hatsune Miku would be raffled off. She is an artificial singer who only exists in animated videoclips and was created using Vocaloid, a voice synthesis software program.

High hopes which run loose at Otaku events in Cuba are almost always left disappointed with the real show. However, the crowd is forgiving, because for young fans of Japanese Manga and Anime, just having the opportunity to be able to meet others like them and exchange information using their phones or Tablet is nearly enough.

However, this Otaku meeting was characterized by some unsettling details. Signing up to the tournament cost 10 Cuban pesos, and raffle tickets cost 1 CUC.

Fights began on the XBOX. The majority of the players who had signed up to the tournament were beginners but they fought over-excitedly, keen to win first prize.

However, a rumor began to circulate among the crowd that one of the tournament’s participants was a “wiper”, that is to say, a member of the event’s organizing group, who was very used to playing this game and who was taking out his opponents and of course, possible winners, one by one.

Another very convenient offer was that losers could pay to sign up again and have another chance of winning. Many people fell into this trap and paid more than once, only to lose again. The “wiper” theory could have been pure speculation, however, the fact of the matter is that the promised prize wasn’t officially handed over to the winner and the winner didn’t even bother to claim his well-deserved prize.

Then there was the raffle. It had been announced in advance that they were giving out ten prizes but all of the participants wanted first prize, that is to say, the treasured Hatsune Miku figure. Hoping to increase their chances, many participants bought as many as five tickets.

However, everything was once again very different to what had been previously announced.

They laid out action figures and a couple of hats from the Pokemon series on a table similar to the one being used for the exhibition on sale. The person who won first place, would be able to take one of the items on display. Like thunder, spectators quickly deduced that the rest of the places would be able to choose between what was left of the exhibition, however, that wasn’t the case either.

When first place was called out, they placed Anime posters out on the table, not very large print outs of a mediocre quality. As they called out each place, the prize was becoming a less and less sought-after item.

However, as Cubans very rarely argue seriously, and much less in a public space where you’re supposed to be having a good time, the audience reacted as if they hadn’t noticed this manipulation. Nobody spoke a word about the over 100 tickets that had been bought for 1 CUC each, for a prize that was just a decoy.

I didn’t even take part but I also felt ripped off in some way. The fact that there are groups capable of coordinating activities which interest young people is a very promising phenomenon. Among government supported recreational programs, there are too many empty spaces. However, these should be filled with activities that respect the principles of any competition and should not manipulate the dreams of those taking part.

2 thoughts on “Otaku Culture in Cuba, Entertainment or a Scam?”