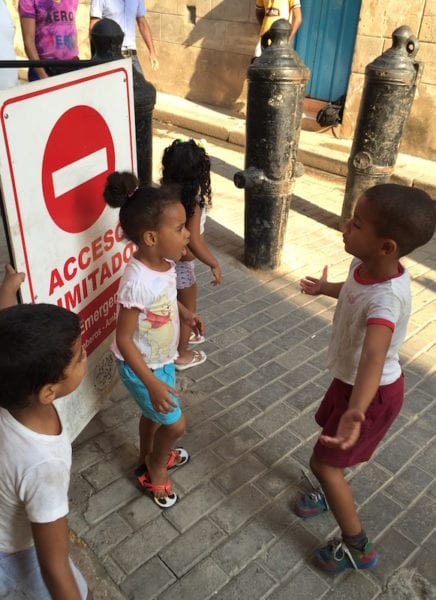 HAVANA TIMES – After a by-chance meeting at Havana’s Coppelia ice-cream parlor, I ran into a married couple of Protestants and had the opportunity to discover many nuances of intolerance.

“We are in favor of original design,” the husband replied dryly when I asked him his opinion about legalizing same-sex marriage. Justifying their rejection, they both used the argument that a homosexual couple can’t conceive children.

In spite of not personally having any homosexual friends, their comment really upset me.

What harm would two people of the same sex being able to get married actually cause? Marriage protects the union between people in terms of shared assets and in immigration matters, and it is a right that they have like any other couple.

Plus, if it really is a question of them not conceiving, there are millions of heterosexual marriages who use contraception for years.

I even asked them what happens with infertile couples, because judging by their own argument, they aren’t worthy of God.

Cornered, he steered the conversation towards another issue:

“The problem is that they not only defend themselves, they are pretty much making their sexual orientation into propaganda. There are young people who have homosexual relationships not because it comes naturally to them but because they are imitating others or are curious. There are countries where the law now stipulates that children should have two wardrobes, masculine and feminine, so that they can choose themselves.”

At this point of the discussion, I didn’t want to argue anymore as I myself had contradicting thoughts: on the one hand, I felt that same-sex couples deserve the right to be able to join themselves in legal union, but once they have this freedom, will they really be satisfied?

It’s common in history for minority groups who suffer discrimination, to become tyrannical with those who don’t belong to their group when they manage to get hold of some power and acceptance.

This doesn’t mean that they should always be at a disadvantage, but it does prove that they aren’t any better than the people oppressing them.

While it’s true that many human beings have been marginalized because they belong to a minority group, having suffered doesn’t automatically mean that they are good people. Many of them are also sources of intolerance:

There are black people who are racists, immigrants who are xenophobic and absurd as it is, there are homosexuals who discriminate against heterosexuals, even though the former depend on the latter to keep the human race going, including future homosexuals.

But then there are also people who accept both of these groups, but scorn people of a low financial standing, or people with a deformity or just because they are “ugly”, according to the beauty standards that have been instilled in us.

Last but not least, when it comes to extremism, there are citizens who are willing to lynch the intolerant, forgetting that they, too, are human beings.