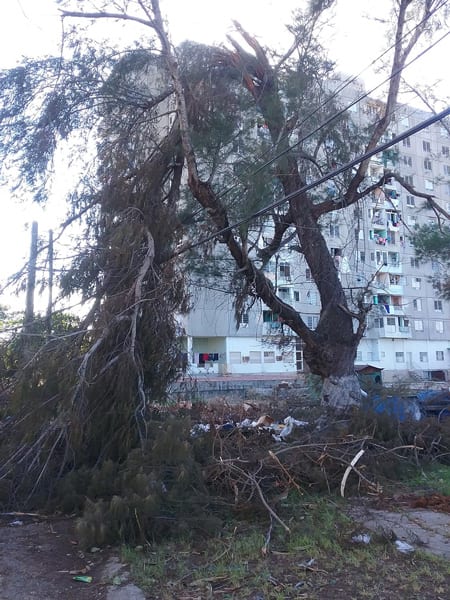 HAVANA TIMES — Like the majority of Cubans, I locked myself up in my apartment while Hurricane Irma swept through, listening to the wind beat against the window and trying to find out where this weather phenomenon was and its impact by listening to the station Radio Reloj.

Unfortunately, the never-ending weather reports highlighting our State and Civil Defense’s infallible work and people’s thankfulness in every province where the natural catastrophe would pass through, that my phone’s battery lasted less than the candles that I had bought for 10 pesos on the black market.

The rest of the time, in absolute darkness and hell-bent on wanting to know the path of flighty Irma, I had to resort to using a small Chinese radio which could be charged by a hand-cranked dynamo which was activated if you quickly spun the handle round.

The wind took off the latch off of one of my balcony’s doors and it was an odyssey to try and fix it in the middle of the storm. It wasn’t easy to stop water coming in through so many cracks in the windows and doors.

But just as everything comes to an end, Irma also left us to then wreak havoc in Florida. Electricity services were finally reestablished in the majority of Cuban municipalities. Technology and its comforts returned and people bid farewell to candles, handheld fans and board games until the next hurricane alert.

Lights were immediately switched on, as were fans or air conditioning units to cool people down and computers, TVs or some source of entertainment that people had missed. Those who were the most bitter about the enforced silence put on reggaeton as loudly as their speakers would let them.

Others, however, still continue living in darkness and having to put up with the unbearable heat at night. If they had emptied their water tank, they need to fill it by personally filling it carrying buckets of water from the tank to their homes, even if they live on the 12th floor. 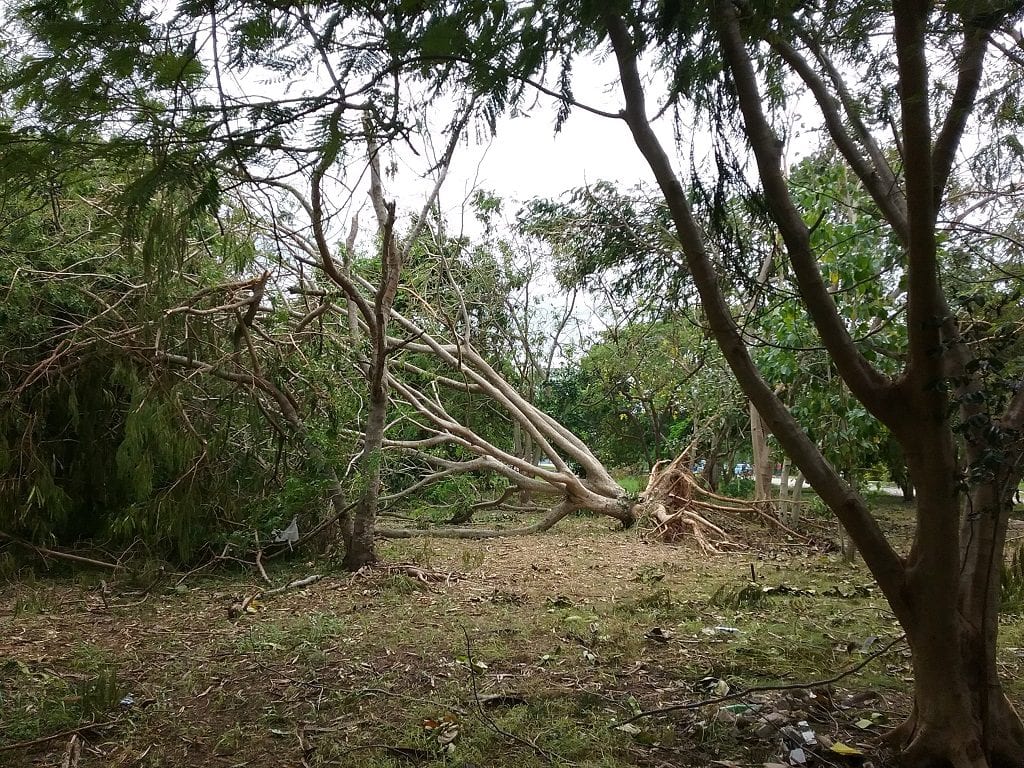 Their only respite is to have some friend who has electricity at their home or workplace where they can charge up their mobile phones and feel a little less isolated.

Taking advantage of this situation, some people have made a business out of this. They charged up people in need’s devices via a backup energy source or a laptop with a 100% charged battery. Opposite Alamar’s post office, I saw a line of customers who were keen to receive this alternative service.

Outside of all of this, the normal landscape we had about a week ago has changed drastically. Huge old trees now lie on the ground uprooted, garbage from trash cans or dumpsters is now all randomly spread out with mud and putrified water. A sad scene, yet even so, the undisciplined Cuban worsens this by throwing out trash anywhere.

More gates and garages destroyed and there is less vegetation to bear the island’s unrelenting sun. The least moved people take advantage of this situation to get rid of branches or bushes that they feel are a pain.

The State doesn’t put in anything new to replace Nature’s damage. The only changes we see here are the absences.

2 thoughts on “What Hurricane Irma changed…”