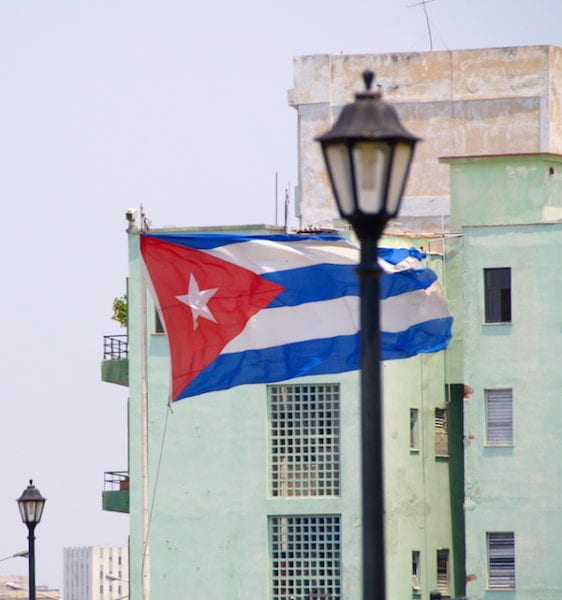 HAVANA TIMES — Every day, thousands of people move across the planet, either voluntarily or out of need. In spite of our pathetic habit of thinking we’re at the center of the world, emigration isn’t a Cuban issue – even though we do suffer from it and it affects us to a great degree. It is rather a problem that involves millions of people around the world.

In many countries, people live where they can find work, love, or both of these things – to only mention voluntarily emigration – without this place having to necessarily coincide with their birthplace.

People in the US, for example, usually study at universities faraway from their homes. A fast-changing professional life and the logical desire to prosper also leads them to constantly move between different states. With its Schengen Area and global companies, Europe makes up another large area of movement for Europeans. However, it goes without saying that nobody would define a US or European resident outside of their home city as an emigrant. This term is basically only used to describe people who come from poor countries and who settle down in more developed countries. We’re especially talking about Eastern Europeans, Latin Americans, Asians or Africans.

In Madrid, a cosmopolitan city where there are kinds of emigrants, it’s quite common for you to have other Europeans, Latin Americans or people from North America within your circle of friends or acquaintances. If you have lived there for 10 years, like me, it won’t be difficult for you to come into contact with Italians, French, Romanians, Argentinians, Ecuadorians, Venezuelans, Moroccans and people of other nationalities.

You find them at university, working in different jobs, they could be your neighbors, your doctors or your plumbers. This is also the case in US cities such as Miami or New York. Everyone and every one of us has their own story, because if there’s one thing you learn from traveling and getting to know people from all over the world, is that there are as many reasons to emigrate as people. And all of them, absolutely all of them, are valid. 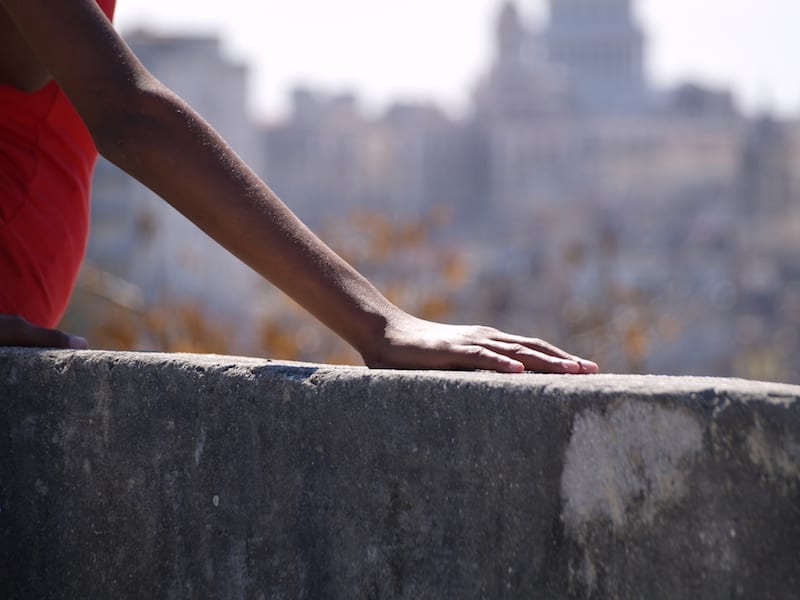 For some it’s politics, for others it’s love, for the majority it’s searching for a better future. Many people even take great risks to set out on this journey. Central Americans know this all too well with their constant journey northbound to the US, as do the thousands of Africans who leave their lives behind in the great cementery that is the Meditteranean sea every year, or us Cubans, who even today put our futures on the table and travel across the Atlantic.

At the end of our journey, the possibilities are infinite, for better or for worse. Many emigrants manage to achieve the economic prosperity that they were desperately longing for, others peace and security, some find happiness. However, what happens to those who don’t reach these goals, or simply can’t adapt to their new place of residence? The answer, for many of my foreign friends in Madrid is obvious: carry on your search to find the perfect place or just go back. It’s that simple, without questioning, without existential doubts, without regrets. It’s that simple, except for us Cubans.

These doors that were up until recently closed to every Cuban who had “illegally” emigrated out of the country, this abomination of a law that prevented us returning to our own country, is luckily today in the past. The implementation of new migratory laws in Cuba, which just because they’re late in coming doesn’t mean that they aren’t appreciated, finally allows many Cubans to exercize their basic right to live in their own country.

Official barriers have been knocked down, however, other barriers remain firmly in place, maybe they aren’t so visible, but they’re still significant. And it seems like Cuban emigrants have to face a constant stigma, with a kind of feeling like a failure, which is not only related to personal feelings, but also, and this is the most unfortunate part, to the thoughts that Cuban society has regarding emigration as the only possible way to make progress, and that returning is an absolute failure. 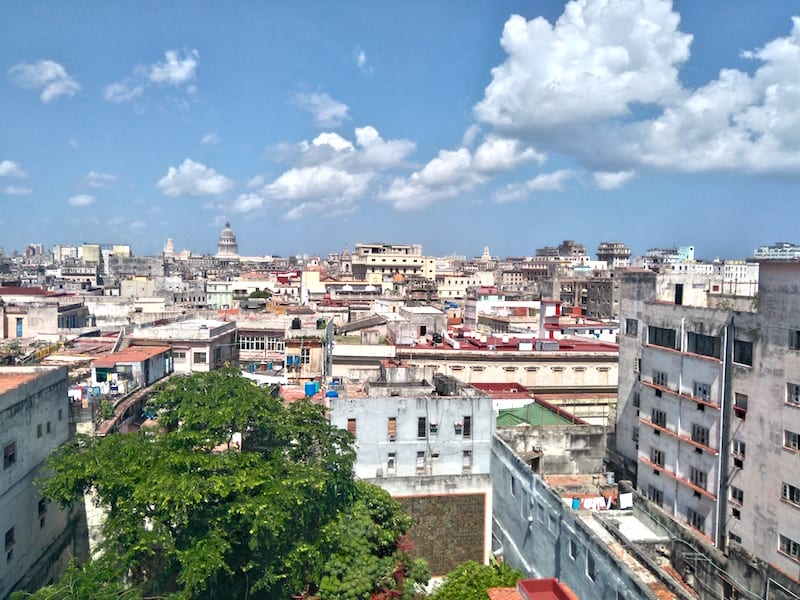 The first reaction of many people in Cuba and that of Cuban emigrants when they speak to somebody who is considering returning to Cuba, is astonishment. Phrases like “you’re crazy”, “but what are you going to do in Cuba?”, “you’ll never get used to this again!”, are not only frequent but are also annoying and confusing. Because if the reasons for emigrating are taken for granted the reasons for returning are rarely asked about or understood.

Some people believe, with all good faith, that adapting to Cuban reality after years of having lived in another country will be difficult and painful. And it sure is! However, it’s not more complex than this other adaptation process we have to live out when we reach our new host countries. I know this very well, from my personal experience, that once you’ve made this journey, you can do it as many times as you need to. But while we have to deal with well-intentioned people who worry about our wellbeing and future, the reason other prople question a Cuban emigrant’s return isn’t as noble. I’ve heard about some horrendous cases, experiences that are hard just to tell, which are all linked to this perception of emigrants as being the fundamental support for some Cuban families.

Cubans, like many other emigrants, are very family-orientated and we worry about our relatives that we’ve left behind. We keep up-to-date about events, birthdays, and their needs. We spend huge amounts of money on phone calls, sending money every month, packages, airplane trips loaded with suitcases of costly gifts, renewing passports and papers that also seem to be made out of precious metals. 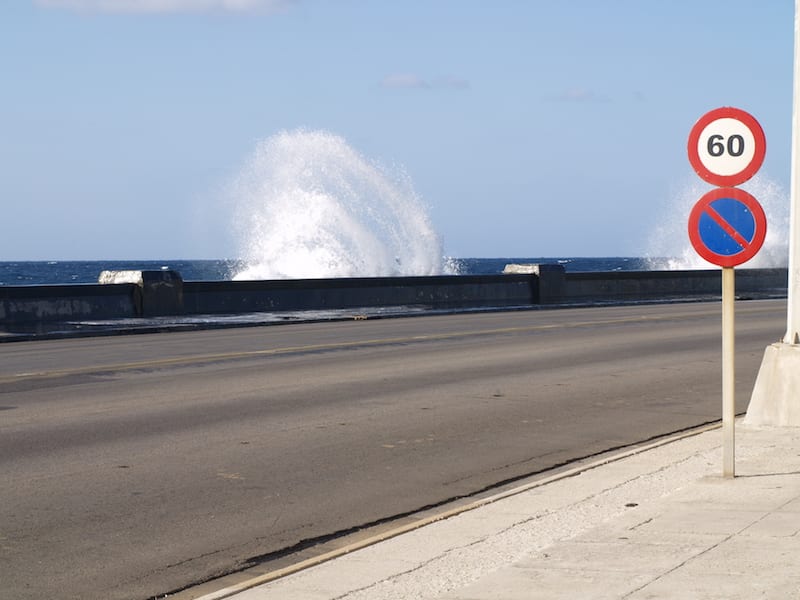 Does that mean that we are all millionaires? That we have great jobs with an outrageous salary? That we don’t have to make sacrifices to help out or families in Cuba? Well no, it doesn’t. There are people who work two or more jobs, who don’t know what holidays are other than their trips to Cuba, who scrape by, something which in our country might seem like a luxury, but it’s nothing more than this, just enough to get by. There are people who lose their jobs, who get divorced, who fall into depression. There are all kinds of problems.

And then they decide to return, with reasons that are just as valid as the reasons they had to leave in the first place, and they find family members who don’t want to lose their monthly remittances because they’ve gotten used to living off of it, healthy and strong people who instead of working and “inventing”, like we say here in Cuba, who have got comfortable waiting for things to fall from the sky, I mean, abroad. Friends that were only friends so that they could drink the beers emigrants buy when they come back to visit the island. People interested not in people, but just about money.

It’s sad! However, I want to believe these are isolated cases. I want to think that we continue to be a family-oriented, friendly country and that we will welcome back all those who decide to return without questioning their motives for having done so, but supporting and helping them in this important step.

Katherine Perez: Citizen of the world, lover of books, travel and art. Back to my island after a long time. Sharing and living in peace are my highest goals in life and, of course, happiness, which is nowhere but in yourself and the people you love. From my new base of operations, this large island where I was born, I write as a way of exorcising demons.

8 thoughts on “Return to Cuba?”