HAVANA TIMES — Reprisals and acts of terror continue to be directed at Cuban artists. Adonis Milan, a talented and young theater director, who also belongs to the Asociacion Hermanos Saiz (AHS), has received a subpoena from the Interior Ministry, which has no grounds as he hasn’t committed any crime other than exercise his: “right to freedom of association.”

Based on the fact that Milan has joined the #00Biennial which is being organized by Yanelys Nunez and Luis Manuel Otero Alcantara, as well as a similarity arising in their ideas of being able to create art outside of established institutions, which the Persefone Theater has resisted in an admirable way, run by Milan himself.

This young man has carried out a project that deserves a great deal of respect and admiration. During the tumultuous times that the country is currently experiencing, as a member of a generation that was born with the sole idea of not following in their parents’ footsteps, who wasted their lives placing all their bets on an ideal that led them nowhere.

They want to write their own story, be the protagonists of their own drama, raise their own voice and so, Milan pays his actors a minimum salary out of his own pocket, given the fact that the AHS only gives him the space, which they question and disrespect a lot of the time and even censor. 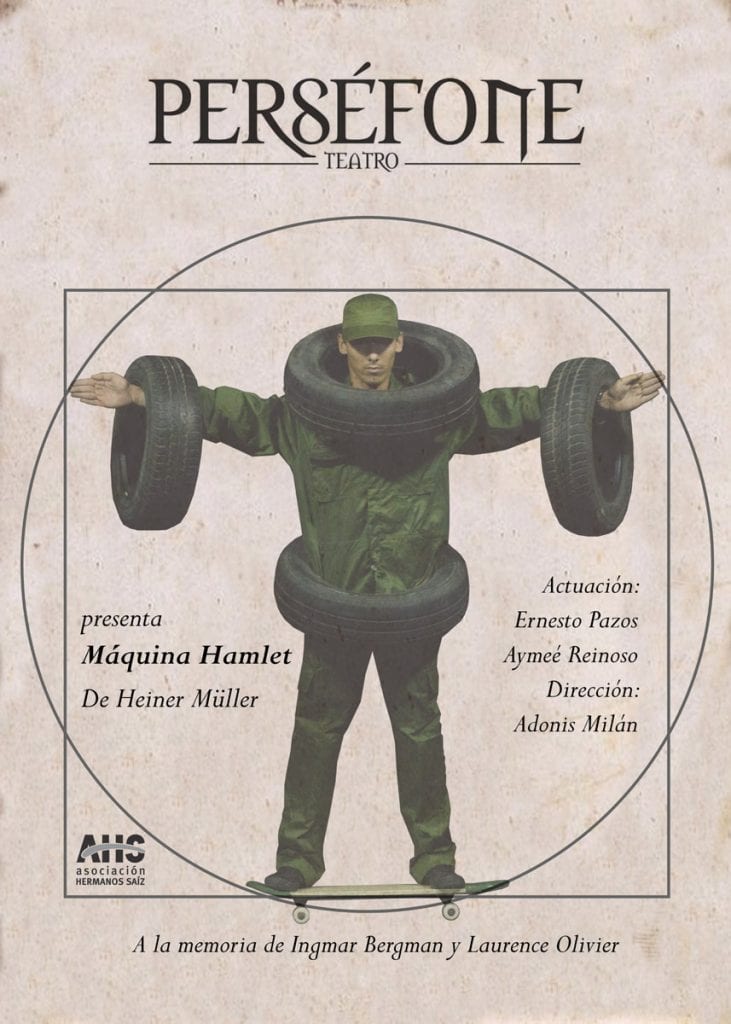 It isn’t surprising that the creators of the call for this independent biennial, Nunez and Alcantara, have paid a high price that includes the wrongful imprisonment, using ridiculous arguments, which represent the government’s wish to intimidate them and to chase away everyone who collaborates with them.

The incompetence of Cuban institutions and its officials versus those who the government has charged at and terrorized as well is becoming more and more obvious, as the recent dismissal of Noel Bonilla from the National Council of Performing Arts was nothing more than an attempt to teach everyone like him, who hold public office, a lesson.

Recently, the AHS organized a tour to Santiago de Cuba for Persefone Theater with its play “Hamlet Machine”, which premiered last month at the Madriguera, this organization’s headquarters in Havana.

As soon as they arrived in Santiago de Cuba, they received the surprise that the play still needed to be assessed by Santiago politicians which meant that travel, accommodation and food expenses could have all been in vain, as the invitation was put to the test, in such a way that the time and objective of the resources invested in traveling from one side of the island to the other, would have been wasted, without anyone ever knowing, which goes to show just how ridiculous these decisions are.

It was finally seen and judged by a censorship panel from Santiago de Cuba’s Provincial Council of Performing Arts, who finally approved the shows scheduled to take place on Friday November 24th and Saturday 25th, but they could only put on one performance because state security came and canceled the second show claiming that: “the play undermined Fidel Castro’s person.”

Another coercive strategy used against Milán was to demoralize him in front of his actors, who are now afraid to work with him. One of the actresses confessed that an unnamed official, but clearly a state security agent, called her home and spoke to her mother, asking her what her daughter was doing and what the play Adonis was putting together was about. 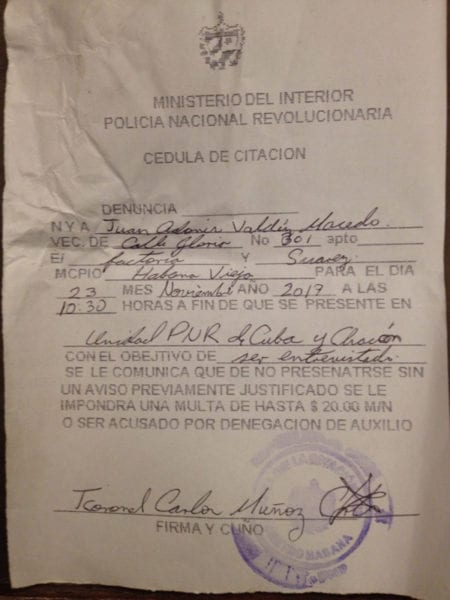 They have done the same thing to the rest of the actors and in the case of young Carlos Chaviano, he mysteriously disappeared for a long period of time.  Before this, Milan had offered to try and get him a special permit, like what has been given to other new actors, to get him out of military service because he was working in a theater play.

They went to the CNAE and AHS together to take on this struggle, using the argument: “Conscientious objector”, claiming his right to be against war and thereby demanding his freedom to not want to form part of active military duty. Clearly, they ignored that this in itself was a display of political opposition and against the army too.

The lead in “Hamlet Machine”, another young actor, Ernesto Pazos, is afraid that his parents will lose their jobs, as he believes they also spoke to them and so he announced his eminent withdrawal from the group.

Milan didn’t go to the state security summons, as he is currently traveling right now, and they have now called on him again, this time using the argument that they want to “have a friendly conversation” with him.

2 thoughts on “Cuban Artists and Civil Servants under Attack”