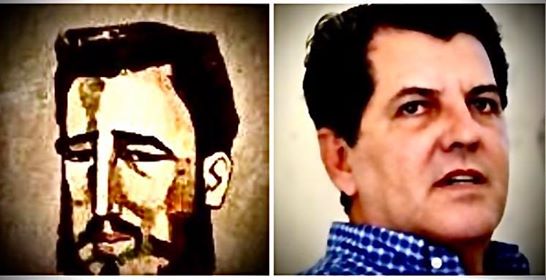 HAVANA TIMES – Communism and Religion are opposites. They both have ideology at their heart, so they are incompatible. If we remember that back in 1960, the US Government and the Catholic Church organized Operation Peter Pan, a maneuver designed to transport the children of Cuban parents who opposed the Communist regime.

The Escambray insurgents, Hubert Matos’ rebellion, the execution of opposition members by firing squad, were some of the first enemies of Fidel Castro’s regime, and his declaration in 1961, of the socialist nature of a revolution that had been comprised of different factions, up until then.

There were three mass exoduses: Camarioca (1965), Mariel (1980), Los Balseros (1994). Miami would receive Cubans from different periods and social origins. However, the pain of the latter is underestimated, because they were mostly outcasts or children of people who probably benefitted from the Cuban regime, but then had to flee because of the crisis that ensued after the former Soviet Bloc collapsed. This got me to thinking and I think I’ve reached the heart of the matter: this Cuban-US conflict is a conflict of classes.

It wasn’t until the ‘90s that the existence of organized opposition groups in Cuba became known. Almost 30 years have passed since then, and Fidelism continues to endure in spite of its leader’s death and attempts of reform.

I recently published a post on my Facebook wall and said that we Cubans found ourselves in the 16th century, referring to the “reforms” implemented by Raul Castro’s government, the so-called “Guidelines”. I also spoke about the targeted “counter-revolutionaries”, how we were like Martin Luther and his critical rebellion against the Catholic Church.

The closest thing we had to Luther here in Cuba, was Oswaldo Paya, the founder of the Christian Liberation Movement (MCL) and the Varela Project.  In 1992, Paya went public for the first time and announced his intention to run for a seat in the National Assembly of People’s Power. Creating this political movement without a religious affiliation, he was taking the Cuban Constitution as his second bible and that’s where he decided to take a stance.

The Communist Party (PCC) stopped his nomination at the time. Then, in 1997, Paya and another 10 MCL members collected hundreds of signatures supporting their candidacies as National Assembly members. This opposition group acted from a position of respect for the established power.

However, we have seen over time that the PCC doesn’t want real change, but only changes that come from the PCC itself. Just like the Catholic Church did in the beginning when Luther criticized the role of the Pope.

In 1998, Paya also collected over 10,000 signatures to present an appeal for legislative changes, via a popular referendum. His petition demanded freedom of association, freedom of speech, freedom of the press, free elections, business freedom and amnesty for political prisoners, the latter with the aim to reconcile Cubans.

Paya didn’t accept help from the US government, and he opposed the embargo. He refused to support the mission of some Cuban political groups in the US with regard to implementing a program of reclaiming land, after exiles returned to Cuba.

He was, of course, attacked by more conservative groups on both shores of the Florida Strait. Abroad, he was considered a Communist, and on the island, he and his family were intimidated by the police and State Security, until his death in 2012.

I totally identify with Paya. I believe that he is the dissident who was best able to expose the two powers that have determined Cuban politics over the past 61 years. Politicians in exile and their disproportionate support for stifling the Cuban economy, and the Castro family and their closest acolytes. The cause of Paya’s death is still unknown.

21 thoughts on “From Religious Fidelism to Oswaldo Paya’s Rebellion”