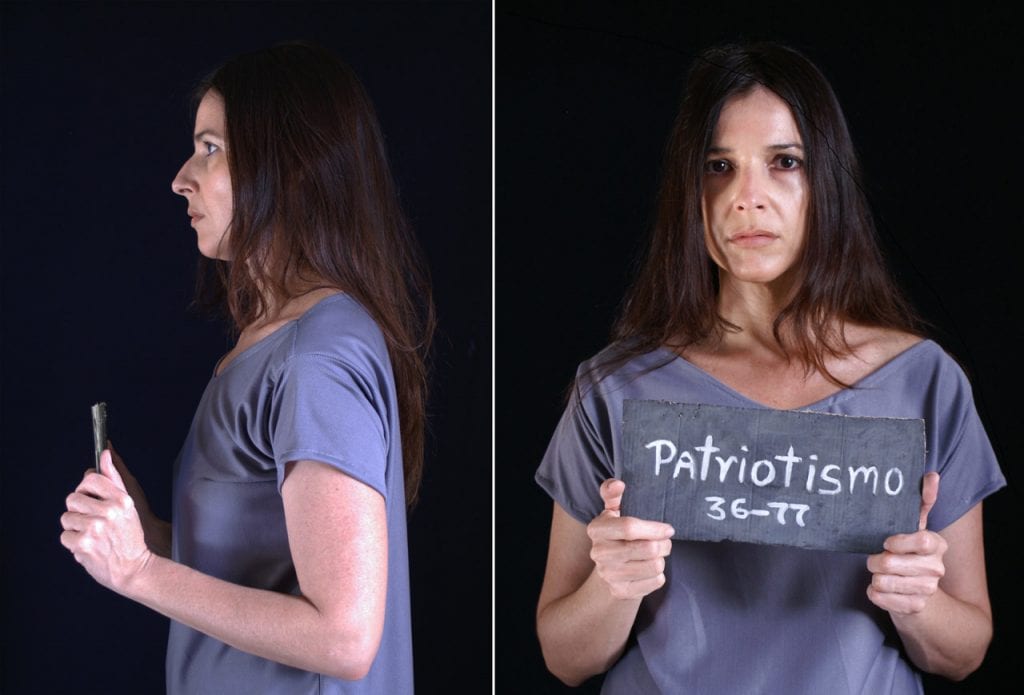 HAVANA TIMES — Kairos Theater is an independent group which came into being in 2012. An alternative project which tries to survive in an itinerant manner.

Patriotismo 36-77 is the new piece that is currently in the process of being put together. Edgar Lee Masters’ “Spoon River Anthology” served as a starting point to create this new script I wrote.

Five prisoners give monologues from their cells. Prisoners of conscience, others because of greed, hate.

The cast will include natural actors who have lived through similar experiences, as well as professional actors.

As a result of the acts of censorship I suffered when we were trying to present Miguel Coyula’s documentary Nadie and my play “Enemies of the People”, a deep interest in censored and repressed artists that live on the island has been stirred in me.

When I began in 2012 with a budget from the Spanish Agency for International Development Cooperation, I put on a play called El Regreso, an adaptation of La Indiana, which was an original play written by the Catalan playwright Angels Aymar.

At that time, I wasn’t aware that making theater outside of national institutions is in itself taking a political position.

This caused Gisela Gonzalez, the former president of the National Council of Performing Arts (CNAE), to treat me as a dissident, in spite of El Regreso not being a political play. In fact, she hadn’t even read it.

I guess Gonzalez was taken aback by my “daring”, something which just came naturally to me. That project was conceived on the spot between Carlos A. Garcia, an anthropologist friend of mine and myself. It dealt with the presence of Catalan culture in Cuba during the second half of the 19th century. It took us several months to do our research and to win over Aymar’s trust to give us permission to use the rights of her work.

Gonzalez’s mistreating me back then came as a big surprise. I hadn’t gone through anything like that ever before, but I guess that’s because up until that moment, I had just been an actress and actors take to the stage once all of the production has already been put together. Including funding.

Today, I understand her overreaction. She was an official, a political figure who had been given the responsibility of crushing any theatrical display that might awaken suspicions. When I had a budget approved by the Spanish agency, she asked me an angry question: “What hole did you crawl out of?”

My answer must have been something like: “From my mother’s uterus.” She had asked her loaded question just so she could reduce me to nothing and force me to maybe respond with revolutionary hypocrisy, which they are the immediate representatives of.

Of course, me repeating that humiliating experience and censorship would be inconceivable today because I now know how impossible it is to create a dialogue and because a new government measure has banned embassies based in the country from forming cultural partnerships, for more than a year now, unless these projects are first backed by officials within government institutions.

After insulting me, Gonzalez said and I quote: “Carlos Diaz sends me anyone here” when I told her that Diaz, the director of El Publico Theater was endorsing me. She didn’t show any respect for him either, a person who has won the national theater award as well as many other prizes.

This didn’t exempt him from her scorn. The Cuban State gives power to people like Gonzalez, so that they can mistreat artists and get off scot-free. She mistreated me arbitrarily at that time, plus she removed me from the Adolfo Llaurado Hall’s program where my play was scheduled to make its debut.

Gonzalez was later involved in a corruption scandal linked to the sale of official passports to people who didn’t belong to the Performing Arts Council (CNAE). This is something that she did over several years and it led, in part, to the immigration crisis in Central America where thousands of Cubans found themselves stranded.

The official passport included conventions to travel to South American countries visa-free too. Many embarked on the journey to reach the Mexican border with this legal status.

Not a single CNAE member met with artists to give them an explanation for why, for example, they were still waiting for their official passport to come through at that time so they could travel and that because of Gonzalez’s actions they were unable to do so. Some even ignored what the reason was for these delays.

Today, theater is made in and outside of Cuban institutions out of love for the art form. You can’t live from it. Making independent theater is not only an act of political resistance but a life philosophy, a need to express oneself. We have renounced the crumbs the government gave us to be able to free our art from official ideology. Falling prey to it, would mean killing our dreams.