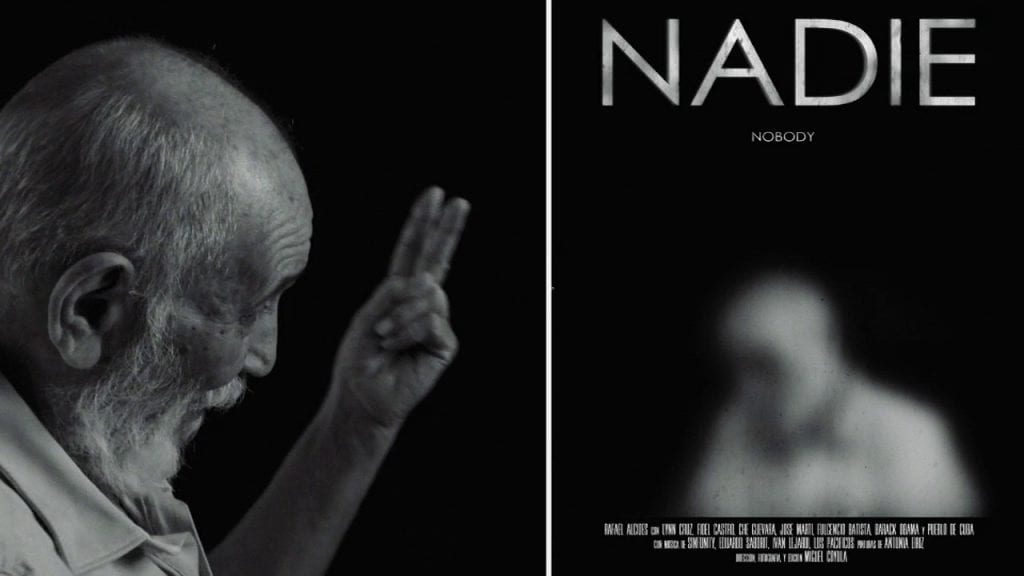 HAVANA TIMES – Recently, the documentary “Nadie” inspired by poet Rafael Alcides’ love and deception for the Cuban Revolution, by Miguel Coyula (which I was also involved in as an actress and producer), was taken off the program in Buenos Aires, Argentina, by our Ministry of Foreign affairs.

The same thing happened in 2018, when after having been accepted to take part in the Mar del Plata Film Festival and using a trivial line of argument (that the movie wasn’t in the required format), it was taken off the festival’s program without waiting for the new copy and we didn’t hear anything again.

Some people we hold close and dear to us, have asked why we are presenting the movie at a ministry now. This question left me thinking although I answered them on the spot that the director doesn’t discriminate where it’s shown and also told them about what happened in Mar del Plata, where there shouldn’t be this kind of conflict, being censored because it is banned in Cuba.

There wasn’t an explicit explanation on either of these occasions, it was all very ambiguous. However, in Cuba, Art and artists generally have the Department of State Security’s (DSE) tentacles behind them, with its respective Cuban embassies across the globe. The call that was made from Havana to the Havana Film Festival in New York in 2016 is no longer a secret, which meant that the film “Santa y Andres” by Carlos Lechuga was taken out of the competition.

Recently, performance artists Tania Bruguera and Luis Manuel Otero Alcantara were accused (on the La Joven Cuba blog) of receiving funds from the NED, a US foundation that is rumored to have connections with the US Central Intelligence Agency (CIA). It’s clear that performance art is equally feared by the government, just like film is, as these easily transcend the island’s borders.

This same slander campaign has been used since the very beginning of the Cuban Revolution against critical artists and intellectuals to force them into emigrating or becoming ghosts, in the case they decide to stay.

One of the most controversial cases was that of writer Heberto Padilla, who found himself forced to take back his own writings in order to save himself. He was accused of being a CIA agent, but his colleagues back then, especially one of the writers on the government’s payroll like Nicolas Guillen was, who complained in closed circles that he was never shown the famous file and also sarcastically said that DSE agents only showed a file with the words “Padilla Affair”, but never its content.

I don’t want to imagine what their arguments were for taking these movies out of international film festivals because of censorship. It’s striking that nearly sixty years later, with the system in collapse, which resembles impoverished capitalism more than anything else, with a mask of social justice and the socialist Left, because even though healthcare and education are rife with corruption, the State continues to repeat the same slogans and operates as the great monopoly that nobody can question or criticize, because if you do, you’ll be sent to prison.

So, the survival strategy for those in power here in Cuba remains the same. If you don’t do what the DSE needs, then you will be somebody “paid off by Imperialism”, you’ll receive funds from the NED, even though there is no proof like there has never been, and as a result, you’re working for the CIA.

What the Cuban government will never admit is that it will make sure that your civic, professional and social life is shredded to pieces before that happens, which is to say, that just like the title of Alcides’ book of poems that gave Coyula the name for his documentary, if you criticize here in Cuba, you’ll be turned into “Nadie” (Nobody).

4 thoughts on “The NED, CIA and Cuban State Security”