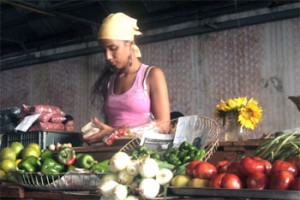 HAVANA TIMES — When I’m an old woman I’ll be able to tell my grandchildren that I visited hell – and believe me, Dante Alighieri’s The Divine Comedy fell short.

Each person has their own version, just as my story isn’t a blank slate. Still, I’m sure that there will be others who will tell me that their hell is hotter, more tortuous.

And I’ll believe them, because suffering is an individual experience, even when sometimes there are common details among people or certain groups of individuals.

But my own “little hell” (let’s call it) has a number of circles of disappointment and betrayal.

It all started when a man tried to get to know me because he wanted to have sex and at the same time try to get information about my group of friends. It was all so crude. He was trying to make me fall in love with him using pseudo-intellectual verbiage.

I never understood the game because he had the same level of access as me to certain groups of intellectuals. The week that he spent trying to get close to me helped me to draw one conclusion: the guy was a cop.

In another situation around the same time, I decided to share the rent on an apartment with a supposed friend (if the economic crisis is pummeling the world, you can only imagine what it’s doing to us Cubans).

Later my friend wound up being one of those people who see themselves as the center of the world. She turned out to be a bad person. I say this because she even broke my computer and didn’t even offer to help get it fixed. People look for prey, not friends.

Those are only two experiences, but I could add to them a whole maze of hospitals and contacts you have to deal with when you get sick and need to be examined. Likewise, I could include the whole struggle one has to wage when you’re a person who’s …let’s say …“different,” or when you can’t say what you’re thinking because “you’ll label yourself” (as my mother would say); or when they don’t pay you on time for your work and those people who are responsible aren’t interested in giving you an answer, or when your neighbors live wrapped up with the smallest detail of your life because it’s rare for a woman to live by herself.

And that’s not all. (At work) they had me stand in front of a group of people to humiliate me, to I guess lower myself in their eyes so that I would feel ashamed of I don’t know what.

Maybe it’s due to my knowing Spanish grammar, or on account of my reading too much. Perhaps it’s because I’m a lesbian or because I’m black. Then too, it could be due to people seeing me as “liberated” or because I’m published in several places. They never give me a specific reason.

The compartment of hell into which I’ve fallen is full of sick people who don’t respect anyone, but along with this they hope for the worse for everybody. I’ve spent 33 years going through this.

Now all I want to do is stay hidden in some corner so that I can maintain my strength and see if one day I’ll at least have grandchildren to tell all this to.

One thought on “33 Years of Crisis”