HAVANA TIMES – In the 1950s, exactly in 1956, with a frequency of three trips a week, the City of Havana ferry started a service between Key West and Havana.

The boat docked at the Hacendados wharf in the bay of Havana. Once there, travelers riding in their cars crossed a special ramp and immediately moved freely through the streets of the Cuban capital. The same was true in Key West, where an old ferry terminal was refurbished to cover that attractive journey. 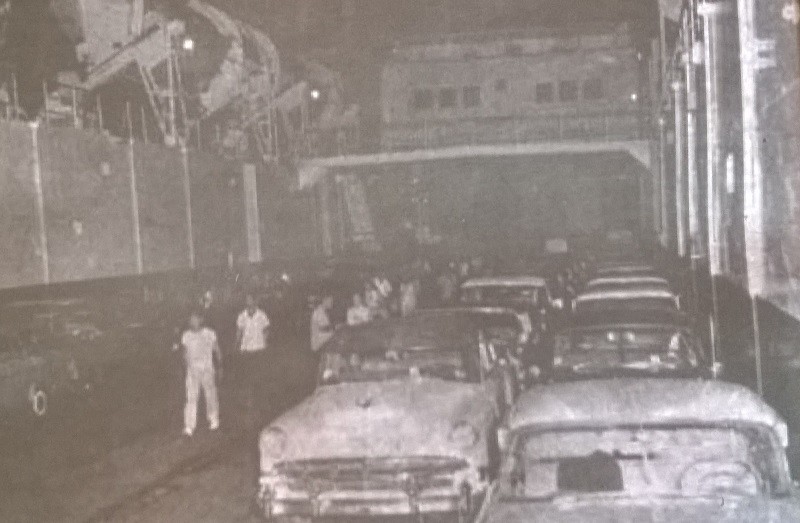 The City of Havana had been a warship and participated in the Normandy landing on June 6, 1944. After the Second World War, it was sold to the West India shipping company, where the naval architects transformed it into a tourist ship.

During several months of work, its interior was redesigned with spacious and comfortable lounges, cafes and bars with air conditioning and capacity for 500 passengers. The journey lasted 7 hours. The cars traveled in the cellar protected from the nitrate.

Insurance and FBI agents constantly traveled to Havana looking for luxury cars that had been stolen on the streets of New York and other cities in the United States. Many of the vintage US cars that run through Havana’s streets today arrived on this ferry, which operated until October 1962.

The ferry’s last trip was made by taking the diplomatic staff of the US Embassy in Cuba and their cars back.

The City of Havana later became a floating shelter for the German Navy and was later sold to England, which used it for trade with the Netherlands in 1973.

My mom told me that when she was young, my grandmother and she traveled on that ferry to Miami to shop, because it was quite cheap.

Here are some photos of this curious boat and I hope that one day the route will resume for the good of the Cuban and US people.

5 thoughts on “A Bridge between Key West and Havana”

“Nicaragua Is Once Again Losing its Lifeblood to Exile”