HAVANA TIMES – I saw a friend I hadn’t seen in a while, on the weekend. I thought what you normally think here when you don’t see somebody in a long time; that they have left the country. She had the same feeling, but a common friend cast this doubt away a few months ago, and we finally met up.

As soon as she saw me, she said: “But Nike, you’re exactly the same!” I thought the exact same thing but because she was the first one to say it, I thanked her and added that she was only saying that because she loved me a lot.

Her words reminded me of a comment that a neighbor told another when I was walking with my husband: “Those two seem to sleep in vinegar, they’re exactly the same.” I’m not going to get existential on you and talk about time and age, but when a woman hears comments like this, even if she doesn’t completely believe it, she’ll begin to doubt the mirror and the view she has of herself at least.

I talked to my friend about everything and anything. I filled her in on my life and she told me about her parents who left Cuba, then she sold their apartment and was able to buy an independent house with the money her father sent, where she moved with her 7-year-old son Felipe. She set up a small business there, got remarried and lives a happy life.

That’s how we moved onto the dull conversation of the pandemic. She gave me a detailed explanation of all of the cleaning protocols she had established in her house, and how everyone in the neighborhood had seen her husband in his underwear because she forces him to take off all of his clothes at the door and go straight into the shower.

She told me that the boy had caught COVID-19 and had to be admitted into a school that had been turned into a hospital. He never had a high fever and was quite energetic the entire time he was being treated. She didn’t know what to do to keep him entertained. So, one afternoon, she gave him her phone and showed him how to access the Internet. Telling him that he could look for whatever he wanted on it.

Then, one morning, tired of listening to other patients’ mothers talk and the numbers of new cases, she left the room for a bit. When she returned, she saw Felipe super concentrated on the phone. She spoke to him and he didn’t pay any attention. People around them continued to talk about the disease. Worried, she stood over her son and touched his forehead, and looked at the phone out of the corner of her eye. She saw a dark silhouette on the screen and could hear strange noises.

“What are you watching, Felipe?” she finally asked. “Nothing, mama,” the child said without lifting his eyes from the phone. More worried than before, my friend told her son that she needed the phone to make a call. When she finally had the phone in her hands, she discovered the dark outline of a human body where you could see the lungs and the whole digestive system beating. In the search engine, she read: Felipe’s lungs. Luckily, the boy was discharged from the hospital that very afternoon.

Over the course of her visit, my friend asked me if I still made crafts and dolls for kids. I told her that I had never stopped making things for children, and that it was still my dream to have a workshop and make a lot more.

Then, she told me that her son liked stories of pirates and asked me to make him a pirate ship. Let me tell you that this article would not have been possible without Felipe’s surprise when he saw his dream come true and learned he had a pirate ship as one of his new friends.  Here are some photos of the process. 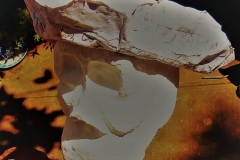 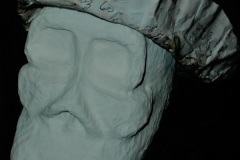 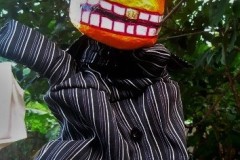 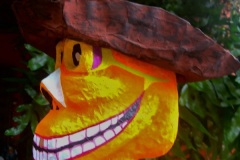 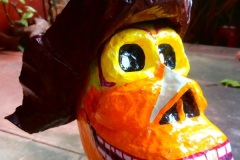 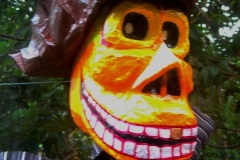 Nike has 55 posts and counting. See all posts by Nike