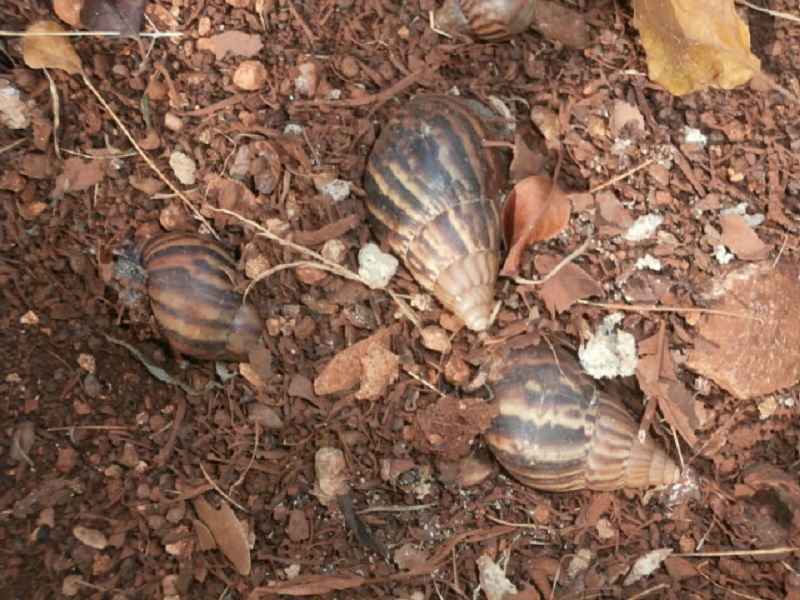 HAVANA TIMES – Every morning, an 80-year-old woman wearing a long-sleeve shirt, work trousers, boots, hat, dark-rimmed glasses and rubber gloves, picks up a broom and dustpan that she has set aside just to catch the giant African snails that have invaded her backyard for over a year now.

After collecting thirty or more snails, every day, she throws them into a 55-gallon steel tank and covers them with a bright light, burning them.

There isn’t a single healthy plant in her garden anymore, they ate all of her spinach, parsley and they have already climbed up her banana and avocado trees, as well as eating any fruit that falls to the ground once it’s ripe. She no longer finds any native snails in her backyard and the biggest danger is that this old woman’s health is constantly at risk, in spite of the precautions and care she takes to protect herself. 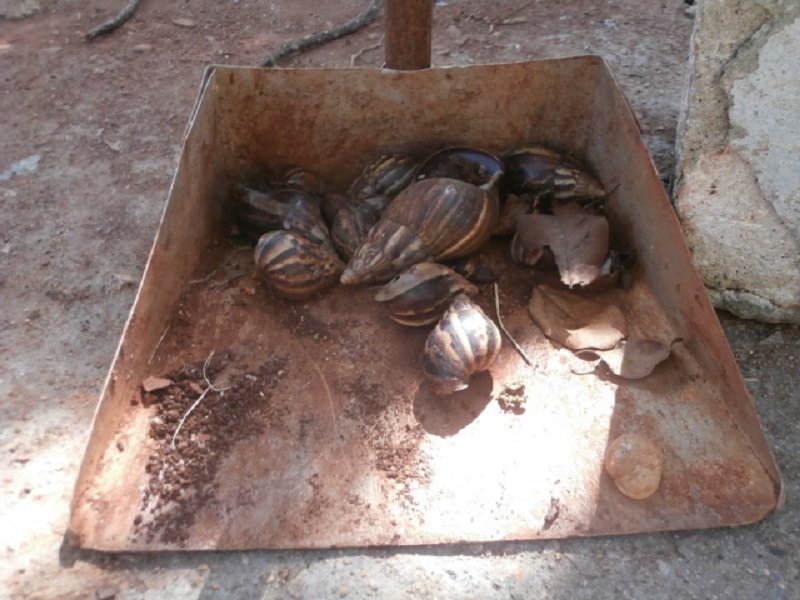 This mollusk has spread across Havana at an incredible pace and you can see them in Alamar, in every neighborhood and town in the Boyeros and Cojimar municipalities. In the center of the country, the cities of Santa Clara and Cienfuegos are also being invaded.

Poisonous animals have never existed in Cuba so we could say our nature is almost paradisiacal, but this invasive species of mollusk from Nigeria is not only threatening our flora and fauna, but is also a health risk for humans, especially children and the elderly.

This species was introduced in Cuba via santeria religious practices and it seems that it has found a natural environment that is very favorable for its proliferation. This is why I think that the government needs to take this grave problem more seriously because people aren’t able to wipe out this animal that is spreading like a plague across the country, by themselves. 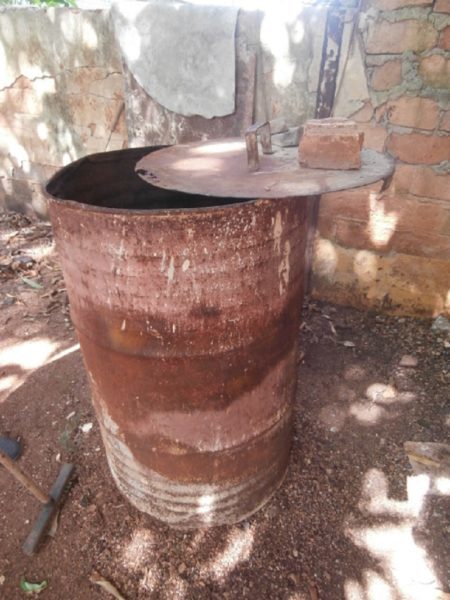 For example, a neighbor collected a hundred snails of this kind that were in her backyard and put them in a plastic bag. She then took them to the Hygiene and Epidemiology Center in our town. Once there, she was told that this was a Ministry of Agriculture problem. This happened in Cojimar, right near the old 80-year-old woman’s home.

Something I discovered almost at the time of sitting down to write this article was that there is a craftswoman who, after burning them, cleans these snails’ shells out carefully and turns them into rattles and earrings. While this still continues to repulse me and I find it in bad taste, it could well become an incentive to wipe out this dangerous animal.

The reality is that this problem affects every single one of us, but the government needs to support individual efforts by citizens with more pressing and radical measures. I also urge the government of my country to open an investigation in the place where the giant African snail was first sighted and to hold the person responsible for this criminal act accountable, as it threatens both our people and our Nature.

One thought on “The Giant African Snail in Cuba, Something Must Be Done”

Miramar – Song of the Day