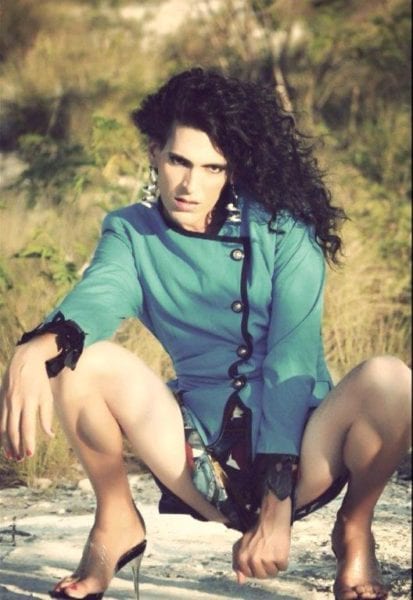 HAVANA TIMES — There’s nothing in life I fear more than being unable to carry out my plans. I’m the type of person who’s always looking for new things to do.

I write short stories, I make and act in my own films, I dream up the occasional film script and a million other things.

The hardest part is making these things a reality. Writing is less complicated, I only need a computer (which I have, after writing nearly everything by hand). I can say getting this computer wasn’t easy, but I don’t regret all the trouble I went through, for some of my best stories came out of that ordeal.

Now, making a film, be it a short or a photo session, is more complicated, for, generally speaking, there’s no money to cover expenses and I have no means to getting the materials I need to produce the images my ideas demand. I tend to write stories that require fantasy costumes, which are very hard to find here.

In my work and photos, I always embody a female character. I have identified with women since I was very young, and this is something that fascinates me. I am also interested in defending the LGBT community, for I was a transvestite at one point in my life and I know what one goes through.

I don’t want to dwell on my precarious financial situation in this post. I merely want to let those who read me know how hard it’s been for me to complete any creative piece, owing to the simple fact I live in a country where finding a pair of shoes or costume that meets my creative needs is impossible, as is getting one’s hand on a simple camera that could be easily secured in a different country.

In Cuba, everything costs blood, sweat and tears, and I do not speak for myself only, but also on behalf of many artists who go through hell to materialize their artistic projects.

These are the conditions I organized my last photo session under, and I wasn’t too pleased with the end result, owing to costume issues and the limited time I had. We started nearly at six in the afternoon, the photos were taken in a hurry. The session required men who were willing to do nudes, something hard to find. Of the five young men I needed, I was only able to get two and, of course, they were old friends who are used to doing me favors and become uninhibited in front of the les. Even though we’re living in the 21st century, there are still people who are shocked by any old trifle. Personally, I’ve never been afraid to pose nude and, even though I’ve always been a shy person, whenever it’s been a question of doing something artistic that doesn’t border on pornography, I’ve been willing to do so.

Here’s a video of the photo session, which includes nudes and mature language. I edited it. The video was shot entirely by my friend Irina Pino, with a low-quality camera. This video will give you a general sense of what one of my photo sessions is like. You should know this hasn’t been the hardest, and that the most difficult moments were cut to avoid being overly dramatic.

One thought on “The Ordeal of Creative Work in Cuba (Video)”