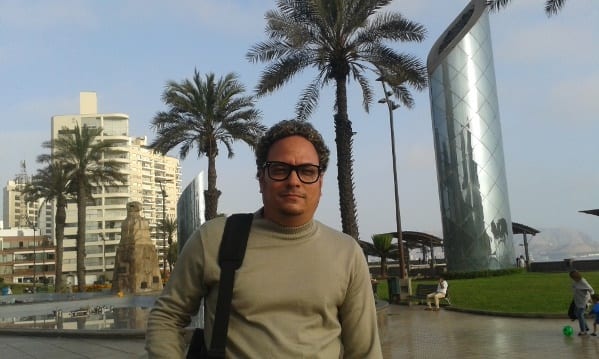 HAVANA TIMES — From May 15-20, I was in the Peruvian capital to attend an Advanced Course in Investigative Journalism offered by the IPYS (Institute of Public Relations and Society), which is directed by the prestigious Peruvian journalist Ricardo Uceda.

Beyond what I learned there and the tricks of the trade which he revealed to the eight participants who were lucky enough to listen to him, as well as from the journalist Christopher Acosta and many others from the Institute, I wanted to write about my experience in this city.

Lima is an enormous city where approximately a third of the country’s total population resides. It has dangerous areas, such as La Victoria neighborhood, where mugging is an everyday occurrence; privileged areas which we never set foot in, where the country’s elite live; as well as neighborhoods such as Miraflores, where our hotel was located, which is becoming more and more middle class.

The first two days of my visit were dedicated to work: each of us had to develop an investigative journalism project. It was there that I also began to interact with the young people who were on my course, truly intelligent and talented individuals, who at the end of the trip had become good friends.

Thus, time went very slowly even though we hardly had a chance to enjoy the excellent facilities at the Jose Antonio Hotel, and much less the Miraflores district, which is quite modern, but with mostly horizontal buildings expect for a small number of high-rises.

During my days there, the temperature was more or less 18 degrees Celsius; however, it felt a bit warmer. Some people say that’s because Lima is a coastal city and that the ‘El Niño’ climate phenomenon usually warms up its surrounding waters. 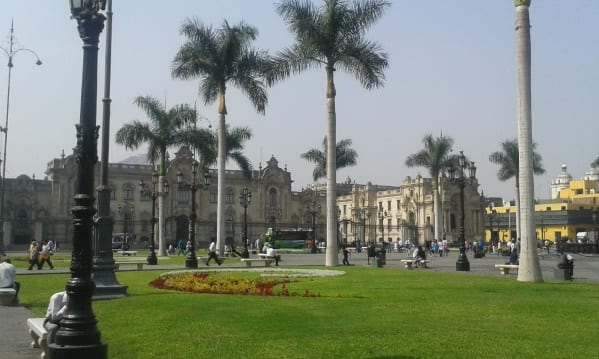 The light there penetrates the city as if through a thin sieve, due to the heavy fog which comes in from the coast. I liked the weather a lot because it contrasts greatly with the super intense light in my country and with the suffocating heat which sometimes doesn’t even let us breathe.

The best thing about Peru however is its people. They’re so kind to the point that they let us stay with them for two days free of charge because we’d stayed (5 of us) the extra five days to make the most of our visa. But it wasn’t only their hospitality, but their very important advice and tour of the city, invitations to eat together and I’d like to stop right there:

It’s crucial to highlight the quality of Peruvian food, the pride with which this country shows off their cuisine, the expertise of their cooks, the variety and exquisite flavors of their dishes and the culture of eating which almost all Peruvians share.

Another important point to mention is their textile industry, which has been developed in Peru and creates competition with imported goods, whilst slowly making a name for itself on the international market.

In regard to this subject, it’s important to mention Gamarra, Latin America’s largest shopping center, which is the equivalent of 10 blocks full of shops and people who sell their goods. I went twice and still wasn’t able to see it all.

We spent those last two days living like a local would. We traveled on buses, we ate in small stands, we wandered through the city a little and at one point, I even walked into a dangerous neighborhood, wanting to make an important delivery from someone in Cuba, and I could feel my adrenaline pumping.

We also went to Barranco, a magical place where Lima’s bohemian and cultural life have taken their retreat. According to what some friends told us, this was because culture hadn’t played a leading role in past government programs.

Cutting to the chase, being in Lima has changed a lot of things. Experiencing the human warmth of the Peruvian people, living a reality which, at the very most, I had only read about or seen in a film, trying its cuisine, feeling a little bit like a tourist and being greeted by sellers, who revealed their admiration when they found out we were Cubans, being treated very well by IPYS’ organisers, getting to know about another corner of this world which has been prohibited to the majority of Cubans changes many things inside a person.

I’d like to thank IPYS, my work, the friends who helped us in Peru, Gonzalo, Efrain, to my travel companions, Ivette, Dario, Lazaro, Gabriel, Raul, Mandy and Anais for sharing this experience with me and for looking out for each other.

One thought on “My Trip to Lima, Peru”