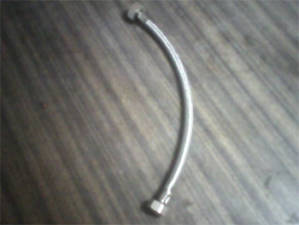 HAVANA TIMES, Jan 25 – Sometimes a problem that’s very simple to solve problem can turn into a persistent nuisance. This is the case of water hoses, the ones that connect supply lines to sinks and toilet tanks. Every time one of these breaks — as they do quite often — we’re presented with a dilemma.

I won’t say that these items are expensive, nor are they difficult to obtain; those aren’t the problems. Their regular price is about 2 or 3 CUCs (about $2 or $3 USD) and they’re sold in hardware stores in both local currency and hard currency.

Likewise, they’re stocked by both state-run stores and private vendors, with the latter buying them at the government stores and then marking them up 30 or 40 percent.

If all ended there I’d be fine, but the problem is that very few of these hoses are any good. In my personal experience — before I decided never to buy any of them again — I had purchased three, of which two split in my hands when I was trying to install them the first day.

Now what I use is a hose that my father rigged up. Even still, though very little water leaks from it, I try not to use the sink too much. 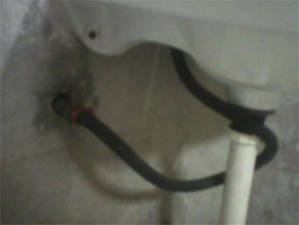 My mother’s hose just broke, so she’s faced with the same dilemma: whether to buy a new one and risk it not working (which could mean a flooded bathroom), or shutting off the supply line valve to the bathroom altogether.

Previously, back during the economic crisis of the 90s, there weren’t any hoses to be found. The connector lines were made out of copper or bronze – and welded! So if one of those broke it was much worse; though they almost never did.

These new connectors obviously don’t possess the necessary quality, presumably because the material is too old or the fabrication is poor.

I’m not saying that we should dispense with something that’s certainly an improvement in technology; but hey, once again I have to point to the government bulk-buyers who select these products abroad.

They need to check out the quality and not be corrupted by petty payoffs, because this situation is complicating the lives of an entire people – including their own.