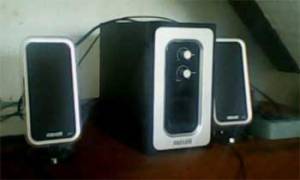 HAVANA TIMES — I get up pretty early to go to work. I head out onto the street, sleepy and without having breakfast, with my body still tired from the previous day – always too intense.

I’ll spend a half hour or more at the bus stop before deciding to pay five pesos to ride crammed into the back of a truck.

I’ll climb in and settle in as best I can, between a huge shoulder on one side, long hair on the other, and the stench from under somebody’s arm – though I don’t know whose.

To top it all off, in front of me there will be some young guy listening to reggaeton with the volume turned full up on his cellphone and inflicting that noise on the other passengers.

No one complains. It seems like it doesn’t bother them – but it does me. Still, I won’t say anything. I’m too indifferent to involve myself in what could even turn physical.

The truth is that reggaeton is a musical style quite popular in Cuba. It’s not that I hate it, I just don’t think 7:00 a.m. is a good time for any sound that’s so harsh and jarring.

The worst of is that this isn’t an isolated phenomenon. Even when I get to school I have to repeatedly call the attention of my students, who remain captivated by it.

Right now, though, cell phones must be the least of the problem in terms of the acoustic invasion (or pollution) we’re suffering.

In buses, taxis, bicycle-taxis and private cars are added mega amplifiers that are bought in hard-currency stores and speakers from outdoor tourist establishments and discos.

Somehow I feel lucky to have this little column to express my feelings about this problem, while at the same time complaining about it as objectively as possible.

4 thoughts on “Speaker Phones and Reggaeton in Cuba”