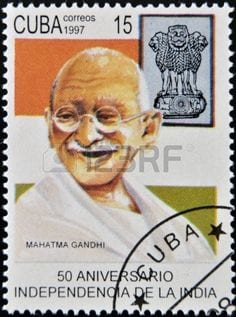 HAVANA TIMES — January 30th marked the 70th anniversary of Gandhi’s assassination in New Delhi, perpetrated by a radical right-wing Hindu man, an enemy of peace and Indians co-existing in tolerance with other human beings in general, which was promoted by the famous idealist and religious man. His thinking had and still has great universal influence, because of the wisdom it holds and the values it promotes.

For us Cubans, who find ourselves at a crossroads for the country, of looking for new paths forward, learning a little more about his legacy and his ideas would be of help to us. Here are some of these ideas that I would like to share with readers:

“My notion of democracy is that under it the weakest should have the same opportunity as the strongest. This can never happen except through non-violence.”

“I believe that real democracy can only stem from non-violence. The structure of a world federation can be raised only on a foundation of nonviolence, and violence will have to be totally given up in world affairs.”

“The golden rule of conduct is mutual toleration, seeing that we will never all think alike and we shall always see Truth in fragments and from different points of view.”

“Consciousness isn’t the same thing for everyone. While it’s an excellent guide for personal conduct, imposing this conduct on other people is an unbearable meddling in the freedom of consciousness of every individual.”

“Differences of opinion should never mean hostility. If they did, my wife and I should be sworn enemies of one another. I don’t know two people in the world who don’t have different opinions, (…) I have always tried to treat those who disagree with me with the same affection I have for my closest and dearest.”

“The true democrat is he who with purely nonviolent means defends his liberty and, therefore their country’s and ultimately that of the whole of mankind.” 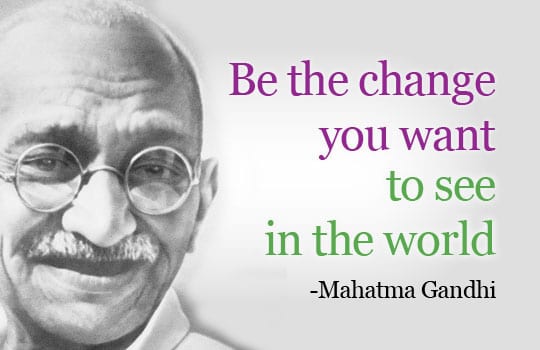 “Democracy disciplined and enlightened is the finest thing in the world. A democracy prejudiced, ignorant, superstitious, will land itself in chaos and may be self-destroyed.”

“I would prefer (the Homeland) to perish before it takes over freedom by sacrificing the Truth.”

“It’s a bad habit to affirm that another person’s ideas are bad, that only our own ideas are good and that the people who hold these different points of view to our own are the Homeland’s enemies.”

“Even in a most perfect world, we shall fail to avoid inequalities, but we can and must avoid strife and bitterness.”

“The idea of class war does not appeal to me.”

“Exploitation of the poor can be extinguished not by effecting the destruction of a few millionaires, but by removing the ignorance of the poor and teaching them to non-co-operate with their exploiters. (…) Capital as such is not evil; it is the wrong use that is evil. Capital in some form or other will always be needed.”

“I object to violence because when it appears to do good, the good is only temporary; the evil it does is permanent.”

Interesting, right? I hope it helps us to reflect upon and polish our own ideas.

One thought on “Gandhi’s Thinking Can be Useful to Cubans”