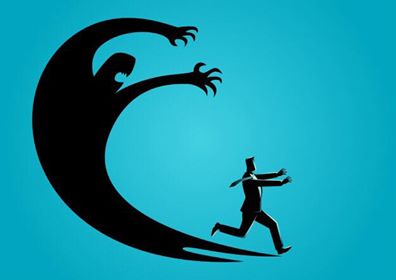 HAVANA TIMES – A friend tells me that she is writing about fear and I think about how much can be written about them. Yes, plural, because there are many and you can say a lot. Fears accompany us all our lives, some as children and others as adults.

I remember that I used to have a dream about a lion that was chasing me. I consulted the meaning with someone, and he said that it could be fear of facing something that was very present in my life.

I could never figure out what it was about, but over time that dream disappeared. I guess in the end I managed to overcome what produced that fear.

I have a friend who is deaf from birth. Her deafness did not prevent her brain from fully developing as a child. She got excellent grades at school and there seemed to be nothing impossible for her.

The doctor who saw to her was very surprised when the girl’s parents told her that she had learned to ride a bicycle, which is a little difficult for deaf people because the balance sensor is in their ears.

Having defective hearing it is assumed that this sensor was also defective. Over time and realizing her condition, fears appeared, and life was not as easy for her as when she was a child.

Another childhood friend was always very afraid. Everything seemed twice as difficult to her at school. Actually, we were all a little scared of changes, new things, but for her it was a superhuman effort to face unknown situations.

No one is exempt from fear. I confess that I still have some hidden ones around there, rather locked up. I try not to let them out, but when they escape, I manage to control them and continue on. In the end it is about that, continuing.

There are thousands of ways to deal with fears. One that worked very well for me was so-called shock therapy: dealing with what you fear precisely by doing what you fear. Like, for example: public speaking. It is not that the fear has completely disappeared, but now I deal with it better and I know that at some point it will end up leaving all at once.

In the end, fears help us to get ahead, to resolve situations and make us stronger. The point is not to let them dominate us, not to show them our weaknesses, because if we do they will get stronger, grow and crush us.

We all must learn to face our fears and also to live with them. Everyone has their little book, their way of doing it. Solving it and moving forward is the path we all must follow. For some it will be shorter, for others longer, but in the end, we come to the same place: a little fuller of a life.

One thought on “Fears and Overcoming Them”