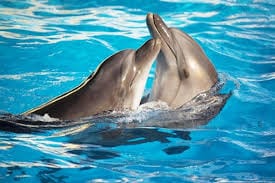 HAVANA TIMES — You can’t just think about something to make it come true. But sometimes that popular saying doesn’t always ring true. I normally try not to be negative, but not too optimistic either. I’m more of a realist, so realistic that some people have even nicknamed me the “prophet of doom”.

That’s a recurring thought for me… especially after having been letdown again, after experiencing another disappointment. Surely, we should be used to this by now? Well, I’m not. I can’t get used to the harm, or the tricks some people play just to hurt other people.

It just so happens that my husband and I wanted to take our daughter to the Aquarium as a present for her having finished her third year at her day-care center. There we went, all three of us happy as we could be, as our daughter is already beginning to enjoy shows and to understand what’s going on around her.

When we got there, there was a line of people waiting for the Aquarium to open. It was after 5:30 pm. My husband went up to the window so he could buy our tickets, and I stayed behind with our daughter. Not a minute had gone by before I saw him walking back to us, and the look on his face wasn’t exactly that of happiness: the tickets were double the normal price.

When we asked why the price of tickets had suddenly gone up and without prior notice being given (even the posters up in the ticket office had the old price written up), the saleslady told us that it was because there was a special event being held because it was a Friday night. Disappointed, we decided to leave, but not before we let them know how upset we were.

A few days later, I told my work colleagues about what had happened. Some of them criticized me for what I did, claiming we were “overreacting”, because even if they were charging double, the tickets were still quite affordable. Of course, they were affordable, I know that, I knew that then when all this happened. The thing is that it isn’t just about the price, but about how prices are so volatile nowadays and how they can change at the drop of a hat, like they did in this case, without any prior notice.

Who is in charge of changing prices? Do they take into account the fact that most of the time its ordinary Cubans who are most affected by this? I don’t think they do, because if they did, these kinds of things wouldn’t happen. If it’s true that there was going to be a special event, why wasn’t it announced on the poster?  It’s the normal thing to do when there are changes involved.

The way that saleslady told my husband about the tickets costing twice as much seems suspicious to me, especially now that the school holidays have begun and we don’t have a lot of places to go to. It’s a time when parents drive themselves crazy just to make their kids happy. A time when, if “special shows” are being put on and they want to charge double the normal entrance fee, many parents would have problems taking their little ones.

Forget it… we continue to abuse one another. I don’t know about you, but in my opinion this all seems very strange… it seems to me like people are out to make a little bit extra on Friday night.

4 thoughts on “Making a Bit Extra on Friday Night”