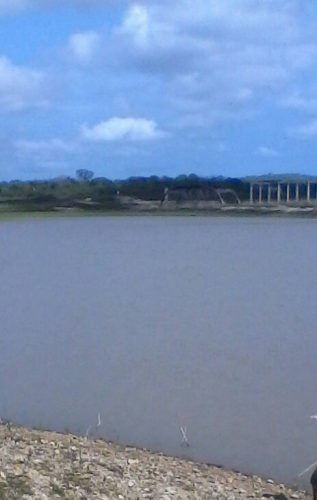 HAVANA TIMES – For a few weeks now, the idea of going out and fishing has been constantly floating around my mind. Like I have written in a recent article, it came to me as I was waiting in line and heard that fish were really biting.

To go and fish, I needed to dig around the mess that is my spare room. I remember having seen an old roll of pita fiber with a hook, some time ago. However, I couldn’t find any trace of it when I was looking, so I gave up on the idea. I also don’t have any friends in the neighborhood who are fans of fishing.

The last time I can remember going out fishing was back in the mid-1990s. I had just completed my compulsory military service. I hadn’t got a university degree because I was a bad student, I wasn’t even given the letter from my pre-university for good behavior, a requirement for getting into University. So, as soon as I finished that hateful “green” (which is what we call military service in Cuba), I found myself without anything left to do.

At that time, I had a girlfriend who used to live some kilometers away from Puerta de Golpe, close to the dam. They were very poor people, below the average. Their daily diet was often made up of cornmeal and fish. It was a tough time, (well, when hasn’t it been?), the country was only beginning to leave the Special Period behind. They had an old wooden shack, with a roof made out of old asbestos cement prefab panels and a dirt floor.

The father worked at a farm and received a measly wage, spending the rest of his time fishing with his wife. That’s pretty much how they made their living. The girl, who was just a teenager at the time, was responsible for selling the fish about the town. People would call her Ochin, because of a famous Japanese soap opera at the time.

With raging hormones, I thought I was madly in love, to the point that I almost moved in with them. It meant that I spent almost two months going to the river with them, although I didn’t have a knack for the trade.

Sometimes, I would go out with a group of people who went fishing with a net. They would go at nighttime to avoid being caught by inspectors from the Fishery. Those were late nights suffering mosquito bites, the cold and insomnia. Just to get a couple of pesos. I wanted to save up, get married, have my own home. It was the common ambition of any idealistic young man in love.

But, just like everything in the world, my bewitchment with the girl ended. I have never gone out fishing again, since then… until now that is.

My father-in-law and brother-in-law have fishing equipment and go quite regularly, so one morning we decided to head for La Presa Juventud, the largest dam in the province, near the San Diego Junction.

In spite of not known much about the trade, I don’t think it was a good time to go out fishing. It was really windy, which meant the waves and water were rough. We spent up until 2:30 PM, suffering under a merciless sun. Almost nothing bit our line. That’s when I remembered Hemingway’s “The Old Man and the Sea”, and the phrase that a man can be ruined but never beaten. That’s how I felt at the time, completely exhausted.

Stubborn and not thinking in advance, I had gone out with a short-sleeve T-shirt. We managed to catch a couple of tilapias in the end, which weren’t worth the sunstroke that day. My skin is still burning.

3 thoughts on “The Rookie Fisherman”