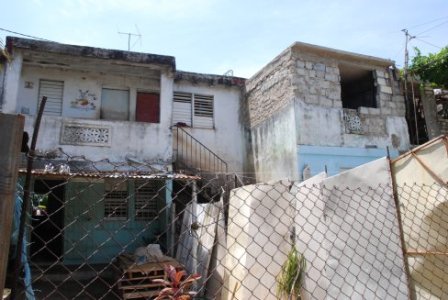 As I previously recounted, I live in the Alamar neighborhood on the east side of the capital. Many people who live outside the community believe that my neighborhood has some of the newest and best housing in Havana.

People who hear me say that the duplex where I live is like a rural shanty, and that I frequently have to haul in water exclaim, “But that can’t be Alamar!” and I respond, “It sure is!” And that’s exactly where this story begins.

One of the survival plans invented during the 1990s “Special Period” of economic crisis in Cuba was the so-called Zero Option. It included community soup pots on outdoor fires to kill people’s hunger (given the absence of fuel), the use of oxen for plowing (given the lack of machinery), as well as other schemes.

Later, someone came up with the idea of constructing housing with alternative materials and other low-quality conventional ones. There were new designs for gabled roofs (so the rain did not leak in), and shared courtyards and water tanks, the kind that supply water by the force of gravity.

I know that this part of the story doesn’t sound that bad; it seems more like permaculture-based human settlements or Hundervasser’s public toilet design. 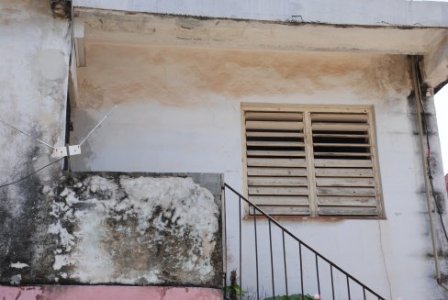 Nonetheless, the material and human conditions of a country in crisis, the reemerging misery and the growing importance of subsistence made it necessary for building regulation shortcuts.  Important materials for ongoing maintenance “disappeared” – and still haven’t reappeared, more than a decade later.

From construction workers and residents it was learned that that the foundations were weak, which is why some of the houses began to evidence diagonal cracks as the units began to settle. They were not planned to have support columns, and inappropriate solutions were implemented.

The parts of the construction requiring rebar don’t have any, and the plaster comes off when you touch it. Some houses have cracked tile roofing that could fall with the passing of time. 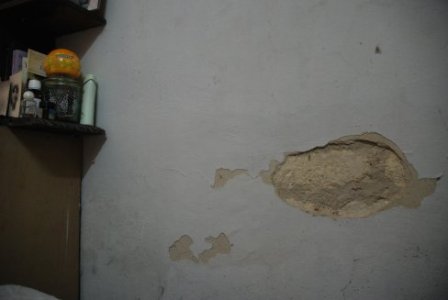 The houses tend to be damp with a lack of venting which allows sewer gases to re-circulate, frequently giving rise to a nauseating septic-tank stench. They do not have ceramic tiles or lamination in the bathrooms or kitchens, which permits these areas to become covered with a fine layer of mold.

In some cases, the residents themselves have made some of the needed improvements, but family budgets generally don’t permit this, so many households have been unable to make any repairs.

The Poder Popular (city council) representative christened our subdivision “Gingerbread Homes,” the name by which we are known at the municipal government. In any case, after ten years of complaining and talking to anyone who would listen, it seems that some of these problems will be addressed. 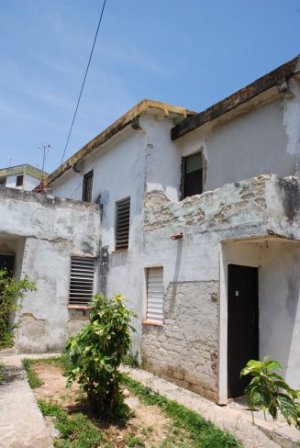 Yet it’s possible that we won’t get out of this mess completely, because of the lack of materials to solve this same type of problem which exists all over the country.

The material consequences given the poor quality of the materials and the extent of the maintenance these units need may still prevail.

These include “low-cost bricks,” which are nothing more than air-dried mud that absorbs the moisture from the air and take forever to dry out. This results in the distinctive green and black splotches that characterize our homes (in addition to everything that is contributed to them by our tropical climate and passing of time).

Just recently, officials authorized on paper the delivery of the needed materials, which makes it appear that the problems will soon be solved.

Nonetheless, I still don’t believe that this will be the last word. But, like the Cuban saying goes, “Hope is the last thing you lose.”