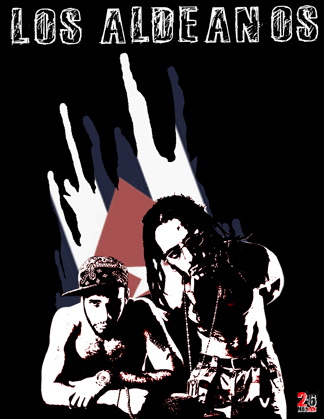 Especially to Stefan, concerning his “Refutation of Los Aldeanos” (I thank him for his defense of what he believes just).

I found out about the comment from this gentleman concerning my story “Los Aldeanos: The Concert (II)” and I wanted to call attention to what I stated at the beginning of that report: “Once there, I found good friends in my same situation. We later circulated a pass among ourselves that allowed us to get in and experience the show for ourselves.”

I don’t possess the gift of ubiquity; therefore I couldn’t be in both places (inside and outside of the theater) at the same time.  However, I didn’t pull my observations of the concert from thin air; I relied on the testimonies of two other sources who assured me they did in fact hear and see what they reported.

If one reads my story that preceded it, “Aldeanos (I),” they’ll note that despite my intention to stay neutral at the beginning, in my words are evidenced my admiration for the group.

Through them, I speak of my emotions, experiences and awareness of happenings that relate to the rap movement in Cuba.

For me, it was painful when I heard that this first person —it had been their turn to use the credential for admission into the concert— refer to Aldo talking about his trip to Colombia.  Still not satisfied, I spoke to a second person.  I did this by telephone the next day, by the time the emotions, pressures and rush of the concert had subsided.

This second person confirmed to me what was said by the first individual, and —having been someone who had sat up close to the group at the concert— I trusted them as a source that would be accurate and truthful.  (Perhaps this person failed to tell me it was said jokingly “Cuban style” or something voiced haphazardly in the passion of the concert).

This second person knew that I would write about the concert.  What’s more, they knew that the first part of the article existed, and that I was expecting to continue to speaking favorably of Los Aldeanos.

As you will see, sir, in no way did I have the intention of staining the reputation of Los Aldeanos.

Generally in my writings, I speak based on my own experience and interpretation of reality. However, on this occasion I had to rely on other people’s testimonies, which it seems have turned out more controversial than they were at the beginning, since other sources concerning the concert have now come forward, as well as the comment by Stefan.

Just like everyone who wanted to be there, I went to the concert with the mental image of those cimarrones (fugitive slaves) that Aldo and B had always represented, and I didn’t expect anything like what occurred.  Therefore, I wrote expressing my surprise with everything that was heard with my own ears and by those of others, as well as what I and others saw with our own eyes.

Possibly you are reading my article with that same surprise.

I was not aiming to sensationalize information when writing this.  What has emerged from this “version” about a trip to Colombia is an alert to any journalist just as much as to any artist who is attempting to transform their reality.  It is an alert that once again calls attention to the complexities of the interpretation of events in Cuba.

I believe —given the line of demarcation that is forming in Cuba between those of us who defend the revolution and those who defend the bureaucracy— that Los Aldeanos and Havana Times are not clashing, because we’re not opposed.

Likewise, I apologize for the effects of the inconsistencies of others.

I think nothing that has been written that can change the convictions and integrity those who follow their paths with transparency and force: qualities that have always accompanied Aldo and B.

Note: I also thank Stefan for mentioning a typographic error when I referred to the “26 Musas” as guests. I know full well that these are members of the production crew.