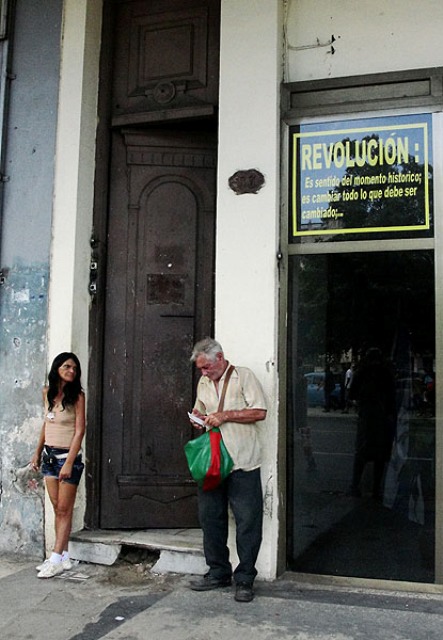 “The government store is charging eight pesos a pound for white sugar and six for brown sugar,” said my uncle the day they published that news.

“You’re joking,” I replied, accustomed to his teasing.

But this time he wasn’t kidding.

The situation I’m referring to is when the reform plan (“The Economic, Social and Political Guidelines for the Country”) was being discussed.  With the situation of extremely low wages and the complications of a dual currency, I felt it was not the moment to imitate the prices for basic necessities bought on the black market, which were already difficult for us to afford.

Now, with this new measure, everything has been revealed as undervalued, since the price is much higher (by three pesos) than what the black market had already established.

The same thing occurred with rice, which went for 3.50 pesos a pound in the informal (black) market to costing 5.0 pesos when bought from the government store.  We went from prices that were subsidized “to the extreme and without a sliding scale,” which is wreaking havoc on already insufficient wages.

Riding on a bus two days later — crammed in as usual on one of those trips — a man hollered: “Let’s go.  We got to get moving (in the bus).  Sugar’s now going for eight pesos!”  A woman seconding him yelling, “What we’re gonna have to do is storm Ultra” (a store that sells in hard currency CUCs).

The next day a young woman told me over the phone, “When it gets to where women don’t have anything to sweeten their children’s milk or yogurt, that’s the time protests are going to begin.”

This reminds me of when in the community where I live, we went through the “discussion and approval of the ‘Guidelines.’” My neighbors had no intention of disagreeing with any of the draft.  They seemed to be in a mute lethargy of consent.  It was as if they didn’t feel they could affect any perceptible change.

It was as if by remaining numb they had the certainty that “by giving my opinion I won’t be a player in the necessary changes for the future.”

Would it be correct to say that people here don’t make use of their rights?

One thought on “The Latest News”