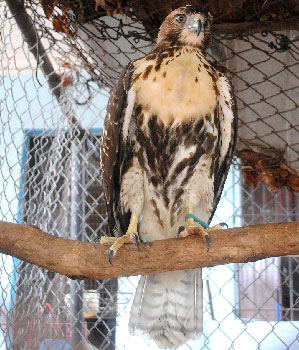 HAVANA TIMES — The post written by my colleague Irina Echarry entitled “Animal Abuse in Cuba, a Round Table Discussion”, reminded me of the first and only trip I made to the legendary Zoonosis animal shelter, in the Arroyo Arenas municipality.

I wanted to pick up a stray dog that used to circle the building in which I lived at the time, in Central Havana. I can’t deny the fact that the employees were very polite and friendly towards me, but seeing those animals piled up in three great big cement cages (regardless of being a stray or bred dog, sick or healthy, docile or aggressive), every one of them with a look of anguish in their eyes, devastated me. They threw them food through the bars, which unleashed fierce battles for survival where the weakest were clearly left with nothing.

Clyde, the dog whom I picked up, was so depressed that he didn’t even recognize me and it was only after the long ride home that he slowly began to come out of his strange shell.

At Zoonosis, where a sign written up on a wall defined the place: “Animal shelter”, they told me that the dogs caught stayed there for three days and if nobody came to reclaim them within that time then they were killed by lethal injection. That was in 1988. Three years later, I met a graduate from San Alejandro who told me about an ex-classmate’s dissertation which dealt precisely with the practices and suffering of the dogs that were picked up by Zoonosis in the middle of the Special Period (1990s economic crisis): when due to the shortage of lethal injections they were killed by whatever means came to those who worked there’s heads: being beaten to death, hung…

In the interview published in Havana Times: “An Effort in Cuba to be as Civilized as the Animals”, the veterinary physician Fernando Gispert stated:  “But making sure there are no animals roaming the streets is the task of Zoonosis. Although it is a much criticized and maligned institution (not only in Cuba but throughout the world), it prevents epidemics and health disasters. The only difference being that in Cuba the way it collects the animals is inhumane as is the way it puts them down. There is a difference between “Sacrifice” and “Euthanasia”.

“In other countries they pick them up with a control rod that is expensive ($250.00) and they put them to sleep with expensive products ($80.00-500.00). In Cuba there are no such products so they get picked up in a horrible, brutal way, get tossed in the back of a truck, get taken to Punta Brava where people let their sadistic imaginations run wild, give them strychnine if they have it, kill them with clubs, shovels, electric current, suffocate them with carbon monoxide or water and other secret methods that don’t bear the light of day…”

It is impossible to dream that one day the goat or pig rape that form part of the rural Cuban guajiro reality will be mentioned, which is even used as a test “of virility” in a primary school located in Pinar del Río; or the cats which are hunted for food and even became part of the national menu in that “specially” negative Period.

Or the turtles that are hunted to then be stuffed and sold as handicrafts, or the great number of animals that die in the public eye during religious rituals in very painful practices, just because the gods supposedly demand this suffering.

Compassion and respect for the most vulnerable and the weak is the first step towards civility. There are no shortcuts. And from what I’ve seen up until now, Cuba is nowhere near to taking this step.

2 thoughts on “A First Step in Cuba Towards Civility”