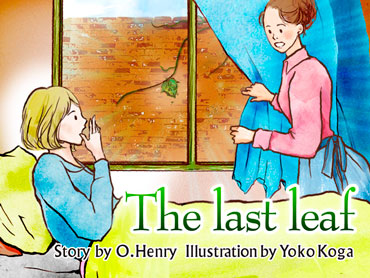 HAVANA TIMES — In a short story by the American author O. Henry, ingenuity, art and (most importantly) love save the life of a young woman who suffers from pneumonia, exacerbated by an even more serious condition: tedium.

In The Last Leaf, the ill person, who would look out the hospital window from her bed and see how the winter winds stripped the leaves off an old climbing plant, became obsessed with the idea that her life would end when the creeper’s last leaf fell. A friend secretly painted a leaf on the wall where the vine crept, which remained unchanged in the midst of the winds and made the young woman react.

Whenever the temperature starts to fall, I think about how unfit homes in Cuba are to withstand the intense cold, about how expensive blankets are, about how malnourished people are and how vulnerable their lungs must be.

I think about that sinister winter that cut down the lives of many elderly patients in Mazorra, Havana’s psychiatric hospital, and about everyone without the strength needed to confront lovelessness and weariness. I think about those for whom no one will paint a leaf, a symbol of hope, anywhere.

My mother died from a sudden case of pneumonia some days ago, so I know how time can weigh down on one and how accumulated obstacles and disenchantments can aggravate any illness. Physical pain becomes a mental substance, immune to pills or palliatives.

There is talk of how Cuba’s population is aging, about the endless exodus of Cubans, about the ludicrous pensions people are paid and the deplorable state nursing homes are in – but no one mentions the psychological impact that this current state of affairs, where the pace of life is set by the need to survive, has on the country’s most vulnerable sector.

I am referring to those who cannot run after a bus that missed its stop, endure the trouble of having to wait somewhere standing or a long fast, those who cannot walk to a polyclinic, no matter how close by it is, and rely on an unavailable wheelchair, a doctor’s visit or an ambulance.

The helplessness of the elderly in Cuba is a serious issue that cannot be captured by the irony of a headline, dramatic photographs, heated debates or the anonymity of statistics. The not-so-distant example of Mazorra reveals how short-lived the repercussions of a tragedy can be.

Class differences in the population are growing every day. These reactivate subtle forms of frustration, inferiority complexes, feelings of humiliation. I saw a store employee contemptuously inspect a bill, given her by an old man of humble appearance and trembling hands. My bill was identical and she didn’t inspect it.

I’ve seen an old man in a bus anxiously trying to make his way to the back door, well before his stop, afraid he would not get there in time, what with the throng of people and his inability to force his way through. I’ve seen a blind man walking down the edge of a road in Alamar, avoiding a ragged stretch of sidewalk, almost get run over by a car.

I wonder why grassroots organizations – which have proven their worth not only in political affairs but also in organizing preventive measures during natural disasters – do not take action to conduct a census and protect the elderly, who are the most neglected by our current public health system. I wonder why they do nothing to help the disabled, alcoholics, those who waste away in poverty and/or despair.

What “New Man” could a system that values ideology over compassion hope to create? Solidarity is something inherent to human beings, no matter how hard it may be for us to find it in these times of economic – and spiritual – crisis.

All projects for a future Cuba, absolutely all of them, should include concern over other the wellbeing of others as a premise, without the mediation of any law, any instruction from “above” or meddling by the bureaucracy.