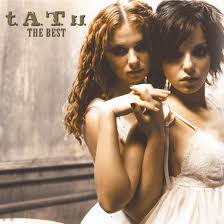 HAVANA TIMES — They say truth is relative. At least, this is one of the maxims that people tend to defend the most, with good and bad intentions.

I confirmed this impression after seeing images of the Russian pop-rock band t.A.T.u for the first time. I had heard the band’s most popular numbers some years back, and my son and I, having seen the affection that the charismatic Lena Katina and Yulia Volkova showed towards one another (not only in their music videos, but also at concerts and interviews), had believed the two were a couple and asked ourselves whether the relationship had stood the test of time and survived the resounding success they’d had.

I had my first let down after doing some research about the band: the girls weren’t really a couple.

Thirdly: the band wasn’t formed through the spontaneous association of young talents, as one would want to believe, clinging, as one does, to a now-obsolete notion of authenticity.

It was a carefully premeditated project, a juicy laboratory product like the Back Street Boys, with the added, at the time exotic condiment of a homosexual romance and the tried-and-true ingredient of teenage beauty.

The 2003 documentary t.A.T.u Anatomy shed light on this rather delicate point. “t.A.T.u”, an acronym formed with the first letters of the words in a phrase which, roughly translated, would be “this girl loves that girl”, was predictably faced with the disappointment of their gay fans, who declared they had been lied to and betrayed.

Bold as brass, the young women replied that this wasn’t true, that they had always been defenders of free love. Perhaps they meant “free lies.” To demonstrate their sincerity, they flew to Moscow to take part in a Gay Pride parade.

In any event, the disappointment surrounding the band’s deceit didn’t appear to make much of a dent in their public. Officially broken up in 2011, the band sold records, put out music videos and collected awards until 2010. When the prodigious machines of the market have been set in motion, no truth – no matter how evident – is powerful enough to stop it.

That people should be seduced through appeals to their most basic instincts and their most deeply-rooted longings is by no means anything new. Many say it is a phenomenon that draws from human stupidity. I prefer to think that it profits, not from stupidity, but from ignorance.

As crafty as many political maneuvers, it threatens to go on indefinitely, to renew itself across the generations. But, as in politics, it requires the willing participation of the spectator in order to work – just as the tyrant needs the victim and the sadist depends on the masochist.

So, to be fair, while it is true that truth is relative, it is also true that we believe what we want to believe, or, better, that there is no one as blind as someone who does not want to see.

That the strategies used to advertise and sell an artistic product are increasingly crude is a symptom of the world’s general, spiritual decline. This decline does not exclude the more developed countries, where the wealthiest – and supposedly more refined – populations live.

Recently, a friend was showing me that her cell phone has a call simulation function, an application she finds very useful to feign that one has a commitment and wriggle out of inopportune situations.

That people should be seduced through appeals to their most basic instincts and their most deeply-rooted longings is by no means anything new. Many say it is a phenomenon that draws from human stupidity. I prefer to think that it profits, not from stupidity, but from ignorance.

This is the direction we’re heading. The question is: what are we complaining about when we say that we can’t believe what the press, television or politicians are telling us, what salespeople say to us, sometimes looking at us straight in the eyes?

The vender walks around, pretty much announcing their scam to the four winds, and no one makes a fuss about it. Many people sell them empty bottles and flasks. And why not? After all, they’re not going to be the victims of that particular scam.

I’ve noticed that the younger generations here, trained in this duplicity from a very early age, have a peculiar relationship, not only towards truth, but also towards commitment. They are like windmills, turning in the direction of the wind without the slightest sense of loyalty.

Looking at this sad panorama, I often think of a song by Manu Chao, which wisely captured the world we live in:

One thought on “Does Anyone Care About the Truth Today?”