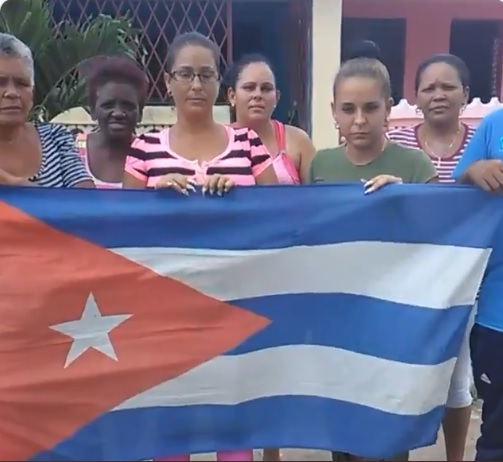 They can call into question… from the disappearance of Julio Antonio Mella’s bust at the building where the Manzana Kerpinski Hotel now stands, or the degradation of independent art with the symbolism of a human body smeared in excrement in front of Havana’s emblematic Capitolio building, to the recent Cuban Law about national symbols, passed by the People’s Power Assembly, which lays out sanctions for the “disrespectful” use of the flag.

On August 9th, Otero Alcantara performed Requiem por la Patria and then began the piece Drapeau, which involved wearing a Cuban flag draped across his shoulders for a month. Such a simple act like this one led to his arrest and disappearance for three days.

The San Isidro Movement, made up by a group of independent artists with no ties to state institutions, and founded with the anti-Decree 349 campaign, then launched the #LaBanderaEsDeTodos challenge. 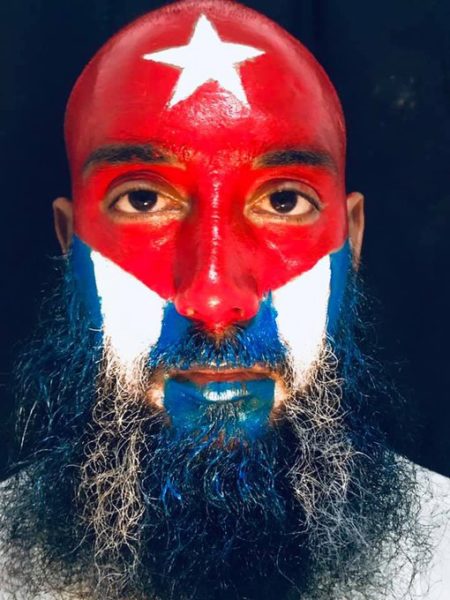 This is an invitation for every Cuban to take a selfie with the patriotic emblem.

These photos, in which natives from the island, of all ages, women and men and even from different countries where they reside, have taken over social media with the unusual development of spontaneity, wit and joy.

The San Isidro Movement has asked people to share these photos on the Cuban Artists against Decree-Law 349 Facebook page and has announced a prize (two cellphone top-ups) for the photo that gets the most likes.

They also thanked people for their support with the call for donations to buy the Cuban flag, as they are only sold at tourist stores and are unaffordable for the ordinary Cuban. They announced that they had already received thirteen flags for the challenge, which they call “a symbolic reminder to shed eternal light on Cuba.”

The Drapeau performance and the call for selfies, which has triggered a wave of unprecedented solidarity on social media, as well as State repression against artists and activists, with official summons, interrogations, threats and arbitrary arrests. 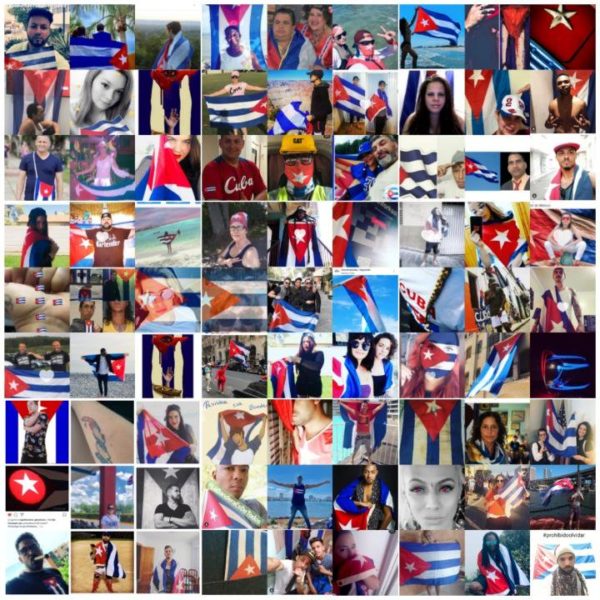 5 thoughts on “Social Media Challenge with the Cuban Flag”