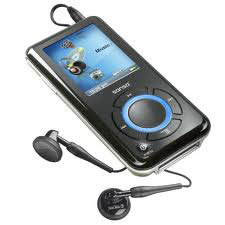 HAVANA TIMES — A German guy who I barely know gave my son a priceless gift: the MP3 player that he’s dreamed of since high school. And since the object itself is exquisitely luxurious, and we Third Worlders are like greedy children, I’ve asked him on occasions to look at the world under the intoxicating effect of music.

I know that I’m too impressionable and that loud sounds bother me easily. I find it hard to act naturally if I’m riding on a bus — among the other passengers and the rocking of the vehicle — while in my ears I hear the classical music I enjoy.

I’m able to believe that I’m alone, allowing me to display happiness that no one else enjoys. I can forget that Cubans are sometimes merciless with freedom and differences.

But is that little bit of ridiculousness so terrible? Seeing the new walkmen or musicmen with their cellphones and strange audio devices blaring at full volume, blasting their excessive decibels all around them, I wonder: isn’t the individualism of an MP3 or iPod far nobler? Is the supreme selfishness of this intimacy shared only by sight?

I, for one, prefer those crazy people who dance by themselves and those who whisper songs that no one else can hear, just like those others who are (officially) crazy and talk to invisible partners.

But given that collectivism is what’s the law here and that the difference that’s the least suspicious is that which makes us equal, I’m afraid that with the recent concept of pleasure along with our grudging laws, we’re doomed to sharing the interests of others, against that which these delights of intimacy (an MP3 player or an iPod) don’t represent anything.

It doesn’t matter how much one tries to guard their individuality by oppressing their ears with headphones.

One thought on “Sounds in Cuba: For the Love of the Ridiculous”