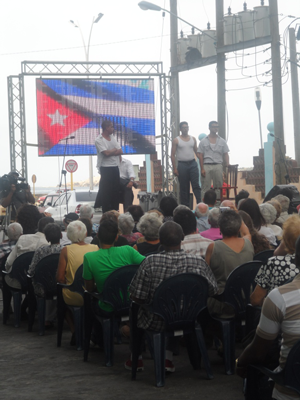 HAVANA TIMES — Another anniversary of the deaths of Machado Rodríguez, Juan Pedro Carbó Serviá, Fructuoso Rodríguez Pérez and Joe Westwood Rosales was celebrated on the April 20th at the Humboldt-7 building located in Vedado.

Enlivened with the songs of Silvio Rodríguez, the Moncada band and other musicians, now typical at this type of event, the tribute brought together a large crowd of curious spectators, underground veterans from the ‘50s, student leaders, local neighbors etc.

The area had obviously been prepared a few hours beforehand because the leaking gutter next to the building had been cleaned up and the old gate that linked the corridor where Fructuoso and Machadito were killed, had been pulled off its hinges and replaced by a poor equivalent, bearing little resemblance to the original.

Chairs had also been managed to be put out on the street as well as a platform with a screen for showing films and playing audio. 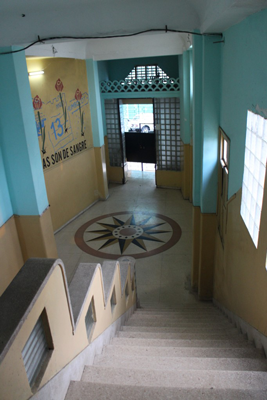 The ceremony lasted for a while, during which the National Anthem was sung, the revolutionaries’ last minutes were played out, before being discovered in the apartment at Humboldt 7 – an utterly pathetic performance in my opinion- and the documentary 38 days was screened, by Rosario Parodi Alfonso, who is also the director of Saturn’s threats.

This film dealt with the 38 days that passed between the attack on the Presidential Palace on the March 13, 1957 and the murder of the 4 young men who belonged to the Revolutionary Directorate (DR); focusing on the character of Fructuoso, who shortly before his death had became President of the FEU (Federation of University Students) and the DR. 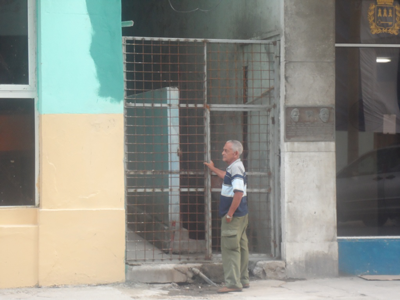 There was also a fine arts exhibition and, inside the building, seven abstract paintings made by Gólgota sought to wake up the building’s ghosts.

According to my investigations, which I had carried out a few days before, there are currently no residents living in the building from the time of these events, and some of today’s residents do not even know about the day’s particular details.

When you enter the building, without being amongst the hullabaloo of these boisterous tributes, you can feel history’s energy. 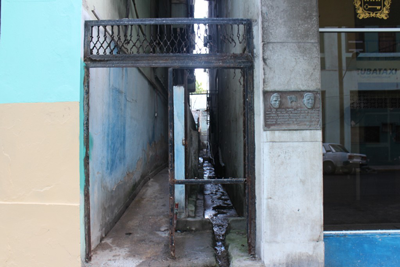 The fact that four young men, younger than me, were killed here just days after having stood up and attacked the tyranny that oppressed them filled me with a strange, distressed feeling.

It was then that I remembered the questions a friend had made to the FEU president, a couple of days before the memorial service: Does the university feel like an inheritor to the bravery of young men like them? What does the FEU do today that is so different from the one in the past, in order to confront new forms of tyranny?

I would have liked to have heard different answers to the ones I heard, so I could repeat them to you without being ashamed to do so.