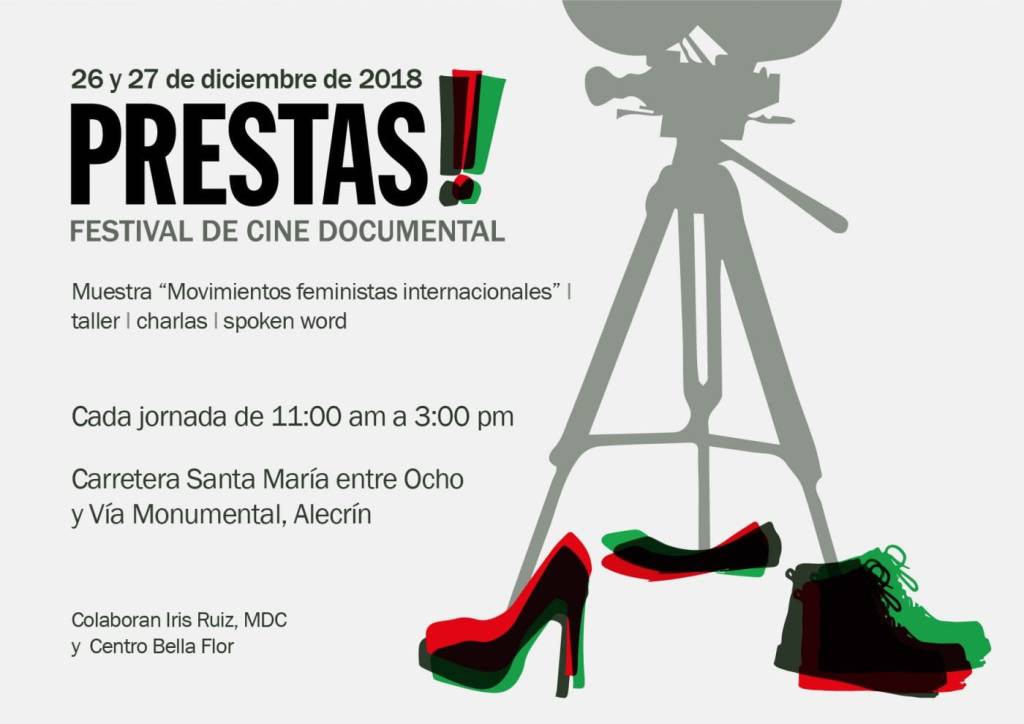 HAVANA TIMES – Here’s my comments on the first edition of the Prestas Documentary Film Festival.

“Look, you catch the P7 urban bus heading towards Cotorro church, then you get a 5 peso (Cuban pesos) car to the Santa Maria del Rosario park, and then you get the A6 that leaves you at the only stop in Alecrin.”

She tells me I can’t get lost. But, I can’t help but feel lost.

This is where we will hold the first edition of the Prestas!!! Documentary Film Festival.

But, Iris has already introduced me to Yaquelin, the founder of the relatively new independent center “Bella Flor”, who we have collaborated with to organize this event.

She knows absolutely everything about what’s going on in Alecrin. Her sister moved out there over 10 years ago when her house collapsed, and they gave her accommodation here.

“There used to be a fishing school here before,” a neighbor tells us, who has come to have a shot of coffee at Yaquelin’s sister’s house.

Going back to the festival…

Iris Ruiz and I came together and had the idea of putting on a film festival that deals with feminist movements and the rights of the LGBTIQ community.

Then, the venue in Alecrin popped up, Yaquelin appeared, and we opted to leave San Isidro [in Old Havana] for a bit, which is where we normally hold different activities. We opted for this community that is far-removed from everything.

Yaquelin tells us about the women we can find in this community of big warehouses turned into temporary housing which have been divided to achieve a certain level of independence. Housewives, manicurists, hair dressers, women struggling to get by, etc.

There aren’t any movies out there or any other kind of cultural event for the community, the Cuban Women’s Federation (FMC) doesn’t give any counseling (what are we going to ask the FMC for if everything in this country is in crisis?). Likewise there is no forum for people coming together to have a debate, to reflect upon our reality.

Alecrin is just one example of the many communities in Cuba living under difficult conditions. That’s why it’s a good place to work. 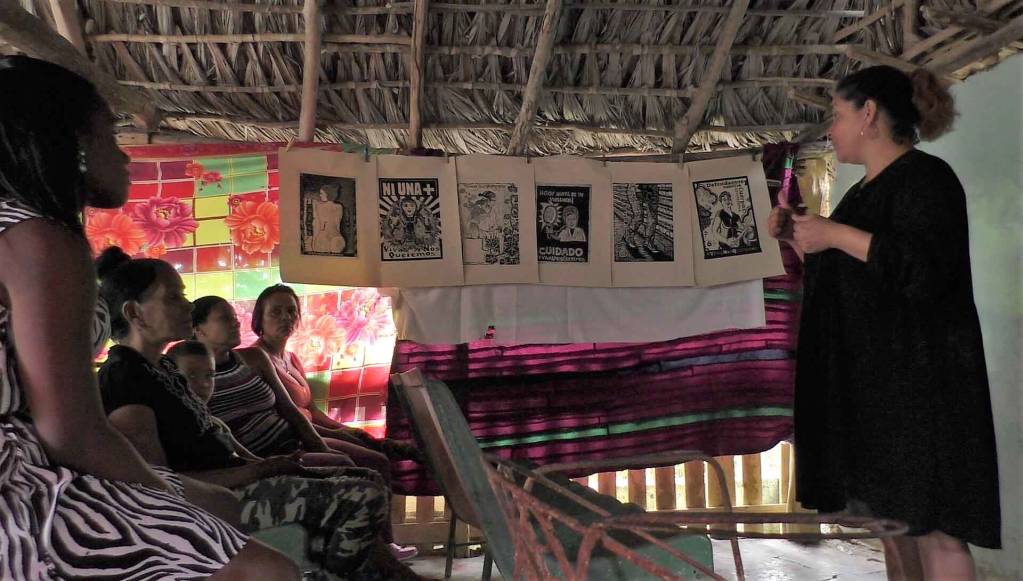 So, we wanted to tell you about the idea for this event:

“Prestas!!! is much more than a documentary film festival. It’s the beginning of the blueprint of a feminist network and protection for the LGBTIQ community.

In Cuba, we are suffering from chronic disconnection. We aren’t aware that there is a whole world moving towards progress beyond our borders and our shortages. People don’t know that there are campaigns to legalize abortion in Argentina, or about the thousands of femicides that continue to be condemned in Mexico.

Just like we don’t know about how Daniel Ortega canceled the legal non-profit status of the Center of Information and Consulting Services in Health (CISAS); or that the founder of this NGO, feminist Ana Quiros, has been kicked out of Nicaragua; or that other leaders of the Autonomous Women’s Movement (MAM) are being harassed on a daily basis. Very little is known here in Cuba about these kinds of struggles. Very little is known about the debates that we can push here about race, gender, labor, identity and culture.

Prestas!!! doesn’t want to create hierarchies. The programs we are presenting are on the same support line. Mutual support is what we are after. Cuba, and our emerging civil society, needs to join the wide-ranging international emancipatory movement now.”[1]

“The body as personal property, as holy territory; the breath that makes me conscious of my corporeality, and the heart of our personality projected in the way we walk”… these were some of the ideas that Iris shared with participants at the Territory and equality workshop. Seeking to find a balance between body and mind, the tools proposed are for self-healing.

And the festival’s entire program (screenings of documentaries “La Plaza de la Soledad” (Mexico), “Transit Havana” (Cuba), and “Entre los hombres de bien” (Brazil); Nancy Alfaya’s presentation about how the  Women for Equality Network (which organizes workshops to help boost women’s talent) works, a spoken word performance by Yasser Castellanos; the visual discussion of cultural initiatives as well as foreign magazines “Bravas” and “Pikara”, as well as campaigns that frees groups of women today) has been directed at showing paths forward, to create alliances, to strengthen and enrich ourselves as women.