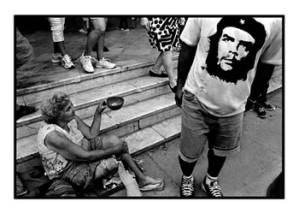 HAVANA TIMES — A non-practicing Catholic, rocker, photographer (non-artist), irreverent and somewhat pessimistic, are some of the definitions attributed to the personality of Gonzalo Gonzalez Borges (1959).

My drawing nearer to the life of “Gonzo,” as he’s known, was due to research on documentary photography that I’m doing in order to graduate in art history.

A brief analysis of his artistic career was enough to recognize the incalculable value of his creations. 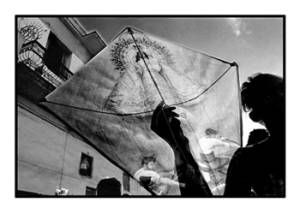 A graduate in architecture (1987) in the specialty of “building technician,” he also constructed his photographic knowledge through courses and workshops, but mainly on his own. 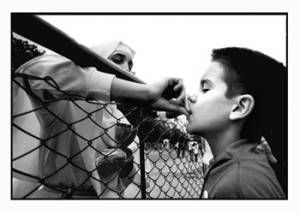 Beginning in the 1980s, his work in his own words has sought to “reflect the problems of his generation.” For this, he crisscrossed the country’s rural areas (together with friends and fellow photographers Raul Cañibano and Cristobal Herrera), retraced the streets of Havana, participated in various expressions of popular religion, and involved himself with patients at various mental and physical health care centers, etc.

All these photographic experiences have been developed with a singular technical and conceptual expertise, always nuanced by the high contrasts of white and black and by the widespread assumptions concerning the “decisive moment” of Henri Cartier-Bresson. 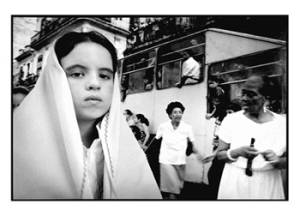 One of his most recent works addresses the issue of the pilgrimage that takes place once a year in commemoration of the Virgin de la Caridad del Cobre through the capital city neighborhood of Centro Havana.

Snapshots of intense drama abound in this photo essay that now marks 12 years since its beginning. His characters, in many cases, appear along with the figurine of the Virgin (the patron saint of all Cuban believers) as faithful devotees with their blessings and prayers.

Gonzo Gonzalez, a photographer who becomes emotional when speaking nostalgically of his friends who have left Cuba, or those who have died, on a daily basis pours all of his sensitivity into these images that trace a map of Cuban identity. 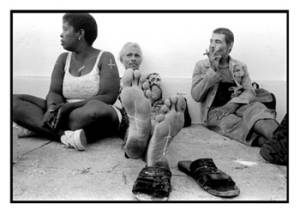 Though he hasn’t found many channels for promoting his work (for a year he hasn’t had email or Internet access), undoubtedly his work is now part of the history of photography in our country.

One thought on “Gonzo Gonzalez, Photography of His Generation”