HAVANA TIMES —The way in which a person styles his or her hair says a lot about their personality and how they assume certain social conventions.

The cut, color, style and degree of cleanliness our hair exhibits, combined with other elements of our personal appearance such as the way we dress, walk, talk and do a series of other things, will often become a yardstick for our day to day concerns and attitudes.

A mohawk, Emo haircut, afro, spiky hair or psychobilly wedge –  these different hairstyles will give us different ideas about who a person is and will immediately give rise to an association with a specific sector of society.

This rather vague and superficial way of defining an individual on the basis of a first impression is in keeping with the society we live in, which produces stigmas, stereotypes and fashions with indescribable impetus.

As a way of illustrating this idea, it could be said I once belonged to that group of black women who straighten their hair. As I never did learn the art of hair styling, having straight hair was a way of saving time, which I would otherwise have spent in futile aesthetic experiments.

At one point, however, combing my hair under the hairdryer after washing my head – if you don’t do this, it is very difficult to style curly hair – became tiresome. So I decided to cut it and let it grow naturally…nice and curly. 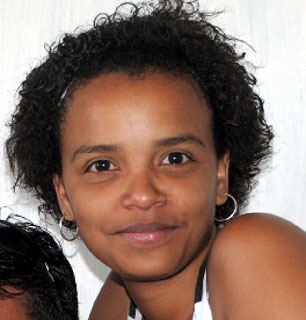 After doing this, I began to be mocked, criticized and given nicknames by friends and relatives, for, as one of them put it, “black women straighten their hair.”

Though I do not judge anyone for the way in which they cut or style their hair, no few people succumb to the highly violent suggestions that the media bombard us with, which divulge specific fashions and lead to the proliferation of mistaken ideas about what is an attractive, or even correct, way of carrying one’s hair.

Talk of changing peoples’ ways of thinking is as much in vogue today as the elaborate designs young people shave on their heads. The issue of hairstyles might be a good pretext to begin reflecting on the need to feel comfortable with ourselves and of doing things without fear of being rebuked by others.

Perhaps, when things do change in this connection, we will no longer come across stylists who try to sell us Beyoncé or Rihanna as the ideals of beauty that people with curly hair should aspire to.

And perhaps we will also no longer come across certain individuals who insist on asking us: “why don’t you straighten out your hair?”

One thought on “Some Remarks on Hairstyles, Stereotypes and Comfort”