Total control and total personalization are impossible to acheive! 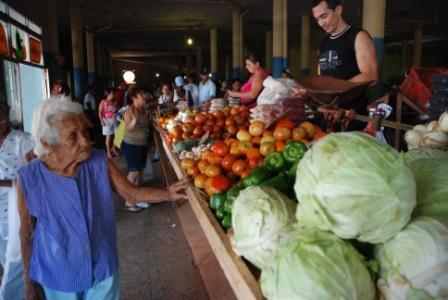 That was the first reply that shocked the aspiring monopolists of state administration who took over the Havana’s Cuatro Caminos Market at the beginning of the 1960s.

They were seeking to prevent truck drivers, wagon drivers and merchants from continuing to skim off products that were supposed to be supplied to the market. This theft of products was made possible due to distribution inefficiencies of the market under state administration. Transportation workers would deliver their goods to the highest bidder, regardless of all the planning.

What were called “delegations” were created, which were located distant from the market. They would receive the orders and payments from merchants located in the area. This meant that a merchant would have to go this office and through a document request the quantity and variety of products that they needed, pay the price of the order, and wait for the delegation to carry out the purchase from the transportation entities to then be able to receive their merchandise.

Can you imagine! These bureaucratic steps only contributed to modifying the channel of corruption. Now those who got rich were the young women that the “mass organizations” sent to occupy the positions of the delegations.

The “Centros de Compra” (purchase centers) were worse. These centers had to gather the products in the fields and send them to the capital. For this, 23 purchase centers were created with a total of 269 employees and 23 vehicles to handle transportation. These centers pressured the campesinos to produce according to the interests of the government. Despite the errors made by this organization, some campesinos recall with pleasure the promptness of their payments.

But despite all the efforts made by the government to come out on top, the aim of creating a monopoly over the Cuatro Caminos Market was impossible to materialize. There was no way to continue gathering the products consumed by 1,527,000 residents of the capital back then.

They therefore saw themselves forced to create larger facilities in other areas of the capital. These new storage centers were called “Unidades” (Units). The administration gradually accepted the inevitable and these unidades were fragmented until ending up being dispersed across the entire city.

Although this dispersion didn’t put an end to the centralization of agricultural marketing, it did in fact demonstrate the inability of the Cuban government to replace and improve on the pre-revolutionary structures for food distribution and sales.

One thought on “A Case of Failed State Intervention (2)”