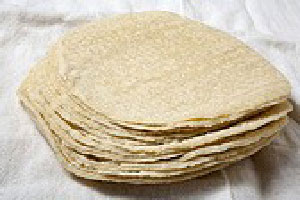 HAVANA TIMES — In Miami, I am sharing an apartment with a man from Cuba and a woman from Nicaragua. While living with them, I’ve noticed how Cuban men and women here tend to impose their culture – mostly the way they speak and what they eat – on other Latin American immigrants.

These subtle forms of imposing Cuban culture on others is something you come across everywhere in Miami. Little by little, the chauvinistic attitudes that some immigrants assume towards other immigrants begin to reveal themselves to those who are new to the city. Does it have to do with some deep-rooted nationalism? I don’t think so.

Central American immigrants and practically all other latinos living in Miami also carry their roots in their hearts, their cuisine and their particular way of speaking – it is not something that only Cubans do.

The main difference between the average patriotism of Cubans and all other Latin American immigrants who live in Miami does not lie in the intensity of this patriotism, but in its form.

Cubans are dazzled by the idea that they are part of a great saga, that of popular resistance to the Castro regime. This sense of “racial” heroism underpins an attitude of cultural superiority which tends to look down on the traditions of other Latin Americans.

Non-Cubans are considered run-of-the-mill immigrants. Cubans, on the other hand, are a chosen people, persecuted by barbaric hordes of sinners. It is as though Cubans saw themselves as a Latin American version of the Jewish people.

My Nicaraguan step mother offers me her cornmeal tortillas with simplicity and without any cultural arrogance. After I’d eaten them, my father christened me as “the first Cuban to ever eat Nicaraguan tortillas in Miami.” This comment has made me feel that I am part of a subtle form of cultural hegemony.

We Cubans living in Miami must begin to show a bit more humility in our cultural practices, season our black beans and pork steaks a little less, so that other latinos can assume their own culture with dignity.

We should plant the seed of Latin American friendship, such that we can reap the sweet fruits of harmonious difference. And with this, do away with any lingering sense of cultural messianism, as one people and for all peoples. We must learn to eat our Nicaraguan tortillas with a side of Cuban black beans.

4 thoughts on “A Cuban Who Eats Nicaraguan Tortillas in Miami”