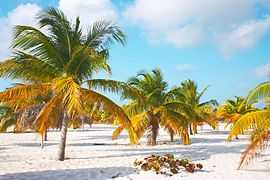 HAVANA TIMES – International funding and cooperation end up being a handicap for the Cuban dissidence movement, conditioning many members to end up becoming exiles in other countries or regions where this aid comes from: mainly the US and Europe.

The means end up compromising the end. From anti-Castro activists to third-world immigrants. In exile and after settling down and establishing themselves within the receiving society, without getting too mixed up in the new political context, they emerge as new sponsors of the cause they abandoned here. Financing to emigrate and emigrating to finance, this seems to be the essential mission.

Standing in great solidarity, up-to-date on all of the acts of repression taking place in their home country, especially the ones where the government commits severe human rights violations. This is when Facebook gains its true importance as a social substitute. The situation of those who stay here will be the bread and butter of the Cuban exile community’s public life.

An ironic reality which screams what it is trying to hide: They are feeding a resistance that they themselves understood to be unsustainable when they went into exile, even when their own experiences were far from the extreme repression that is now helping others to survive.

Cuba, the hot potato that nobody wants to eat even when it’s warm. An irony that turns into cynicism when their comrades in exile are conditioning the end or amending the repression in question, allowing victims to be able to stand up to the regime somehow.

Living in Cuba has suddenly become impossible for many dissidents. The same thing happens when they stand up to the regime, which is no longer viable on its own without anything else to back it up. How does the emigration, forced or otherwise, affect Cuban dissidents?

The government validates their conspiracy theories, lucrative NGOs reinforce their role as collaborators with refugee protection and accompaniment actions. Our fellow Cubans in the struggle who stay here will be compensated in the future with more “personalized” help, relatives: well, for the entire family; mainly remittances and the chance to emigrate.

For the collective consciousness, the political exile of dissidents entrenches the perception that not a lot can be done in Cuba. A fresh coat of paint for first world aspirations and sacrosanct consumerism, but with a chic twist of membership in the petit bourgeoisie.

Lots of the time, the flipside of risk perception synchronizes with many dissidents, who manage to capture the international spotlight, and their increased economic (rather than political) expectations and personal (rather than collective) plans.

Alleged victims of a repressive radicalism that they themselves have designed in the past, when living in Cuba was a whim of Fate and without a chance to change it. This initial stage where they proudly display their stand against a decadent dictatorship and little international pressure, showing how much, you can do and how you shouldn’t be afraid in times of globalization.

The sudden change in direction becomes clearer in more Left-leaning organizations, especially those with a strong anti-capitalist projection which they have promoted for a long time and very proudly, the viability of self-organized and collaborative ways of living in Cuba. In fact, it’s within these organizations where activists who apply for political asylym are (explicitly or implicitly) shown suspicion.

There is a pretty much established expression used to describe this, the famous expression: EVERYONE’S LEAVING!  The “ they are leaving” is used to highlight that this is a deliberated decision. These small supermarket and store purchases, which subtly counterbalance the weathercock of motivation, begin to open exponentially in the new context.

More than once, I have seen the frustration of Leftist activists with sudden asylum requests that their collaborative travel companions make. Lots of the time it was proven that there hadn’t been any critical altercation between the now emigre and government repressors.

Jail or death appears as a new currency on the Cuban political scene. A deplorable indicator of our political imaginary and its precarious everyday practice, where being an anti-capitalist brings you economic prosperity and the Right survives with its hate and mythomania ideology.

Maracas, rum and palm trees might be the truly inevitable for this country.

2 thoughts on “How Forced is Exile as an Option for Cuban Dissidents?”