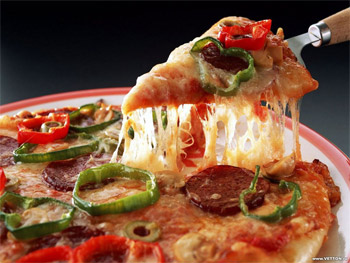 HAVANA TIMES, Jan 29 — “If there was only cheese!” This is how Cubans express their eternal impatience with their taste buds.

Justified or not, this demand assaults us at every instant – sometimes as diners, and other times as hosts.

The popular “quesito” (cheese wedges) is the ultimate companion of homemade pastries in Cuba. Its absence provokes agony in us like Robinson Crusoe without Friday. These bits of cheese reach their sensorial fullness in pastries made with grapefruit, marmalade or preserves.

It doesn’t matter what kind cheese or the quality of it in these delicacies. At the end of the day, the cheese that’s included in pastry is nothing more than a complement – but what a complement!

In the 1980s it was difficult for homemade Cuban pastries to lack the chivalrous companionship of these cheese wedges. That’s why “el quesito” is also the source of a certain nostalgia for those comfortable years.

Those were the artificial boom years in which the Soviet ruble financed not only cheese in pastry, but also sugar and fruit. 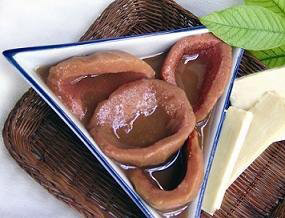 But our society broke down over 20 years ago. The only thing left were abysmal consumer expectations, ones that could never be satisfied.

That artificial boom had emerged as an unusual and unrepeatable abundance in an underdeveloped country like Cuba.

Yet we cling to the past. We swaddle ourselves in pleasant memories without fear of the consequences.

Because there’s nothing more annoying than to be met with that “yearning” for quesito as hosts while we expect praises for our culinary virtues.

The problem is that it’s hard to accept the passing of homemade pastries.

Every month at midnight, there are those who sing to the full moon made of cheese, an act of resistance to the homogenous tastes attempting to colonize our palates.

4 thoughts on “If There Was Only Cheese!”