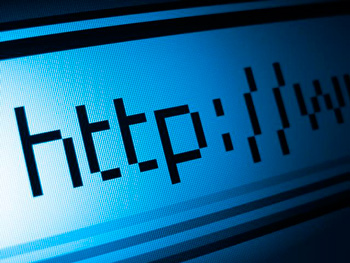 HAVANA TIMES — It looks as though definitive steps will finally be taken to make Internet services widely accessible in Cuba. Much pressure has built up around this issue, so we can imagine a heated dispute between different power groups on the island behind the scenes.

Is there anyone who doubts cyberspace is the political stage where the country’s sociopolitical and economic future will be defined?

To speak of a Cuban civil society and to assign it a leading role in this struggle is to be naïve. “Civil society” is still a euphemism in Cuba.

The concept of “civil society” is used to refer to actions by the people aimed at applying pressure on the government, initiatives that are minimally effective, undertaken by individuals or small groups, all minorities and invisible at neighborhood level.

Despite having defined political aims, these initiatives do not have much of a sociopolitical impact owing to the atomization of our society and the high level of depoliticization that characterizes the popular imaginary.

It would be more exact to conceive of interest groups associated to power centers (and this may still be too optimistic), because, beyond all other considerations, it is undeniable that the steps being taken to make Internet services widely accessible reflect the consolidation of neoliberal and pro-right tendencies in Cuba’s political panorama.

We could think of a map that locates a passive and a leading opposition, distinguishing those who long for the kind of total connectivity that would facilitate the complete overthrow of the Castro regime, in the style of the Arab Spring.

Then we have those who are solely interested in preserving the status quo, on the basis of disinformation and the centralization of global information flows, represented by the government gerontocracy and its lackeys.

Last but not least, the reformists come into the scene, interested in more or less broad and orderly reforms in connection to Internet access, calling for efficient and “democratic” government control, longing for that center-right capitalism that is unfeasible in a world shaken by all manner of crises.

I wonder about the revolutionary left, about Cuban anarchism. Is there a road traced by resistance and recycling, through which we could direct all our strength to move towards a future of greater access to global networks? Will we be able to take advantage of the cracks left by the powerful in their political games and the struggle of all against all?

Personally, I have been adjusting my expectations in connection with these matters. I know the Internet is not a magic lamp that grants us three wishes, much less when such wishes have political ends.

Technology may set its sights on the distant horizon, but, ultimately, it is anchored to daily social relations, which we may ironically call “analogic.”

What we are unable to address through social praxis, in the face-to-face dealings among individuals, before the social institutions of immediate surroundings, no Facebook, Twitter or Saint Google is going to solve.

I have come across little political culture on the Internet. On the contrary, I have run into the same realities I can see through my window, on any street in my dirty and poetic neighborhood: plenty of gossiping and plenty of cussing.

Let us aim our weapons well!

3 thoughts on “Internet for Everyone in Cuba: Myth and Reality”